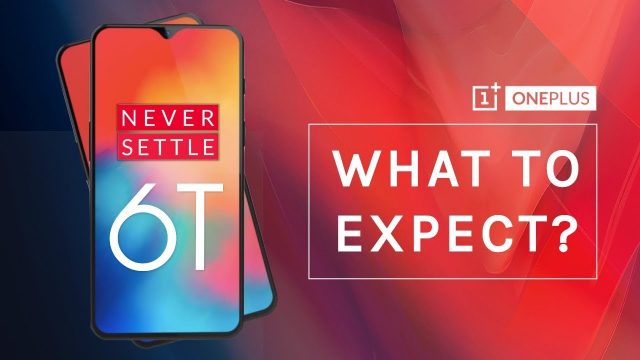 OnePlus 6T is launching next month and it comes with a slew of improved hardware specs when compared to its predecessor. However, it looks like powerful hardware specs are not the only things that OnePlus 6T will have to offer since the Chinese based tech giant who is in charge of the OnePlus franchise is teasing a bunch of significant OxygenOS software changes that will be exclusive to OnePlus 6T.

Even though OnePlus 6T’s hardware performance is impressive, it’s still not enough to get consumers to upgrade their OnePlus 6. Therefore, the Chinese smartphone manufacturer wants to make sure that consumers have a good reason to buy the new OnePlus 6T by bundling it with an improved version of OxygenOS.

Unlike Samsung, LG and all other tech companies that launch Android-powered smartphones OnePlus doesn’t customize the Google operating system that much. However, things are about to change since OnePlus is promising that the new version of OxygenOS will be “Fast, Smooth, and Efficient”.

Szymon K and Crayon Hsieh are two software experts who predict that OnePlus 6T will feature an improved gesture navigation system. Not just that, but the upgraded operating system will also remove the navigation bar in order to make the user experience feel smoother.

The last thing we need to mention about the new OxygenOS update is that it will be based on Google’s latest Android 9.0 Pie. Therefore, the operating system will ship with a plethora of features that OnePlus 6T will get to benefit from.