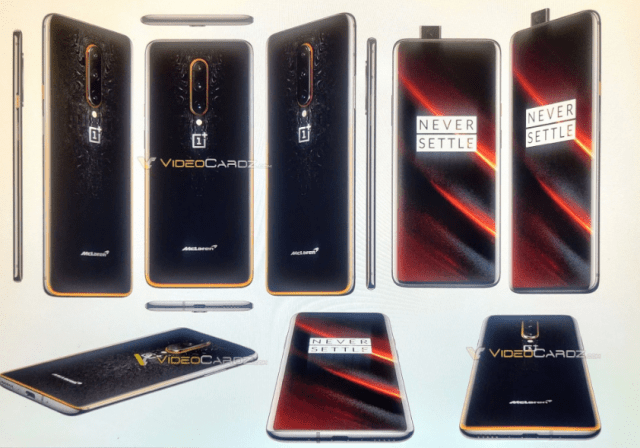 OnePlus 7T Pro is scheduled to be officially revealed later today but fortunately for us and other OnePlus fans, we don’t need to wait a single more second to see the amazing design that the smartphone has to offer. The reason why we are saying that is because the official press render of the special McLaren edition of OnePlus 7T Pro has just been leaked. With that said, let’s go ahead and check out everything there is to know about OnePlus 7T Pro

OnePlus is always teaming up with third-party brands and creating special versions of its latest flagship smartphone. These special versions ship with unique designs and more importantly, a bigger price tag when compared to the stock model. The picture featured above is showing us what the OnePlus 7T Pro McLaren Edition is going to look like and we have to admit that it is stunning!

OnePlus 7T Pro is equipped with a massive 6.65-inches display that uses Fluid AMOLED technology and offers a pixel resolution of 1440 x 3110. Not just that, but the display also features a pixel density of 514ppi and it has been coated in Corning Gorilla Glass 6 for extra protection.

Since OnePlus 7T Pro is going to hold the title of being a flagship smartphone, then no one should be surprised to find out that the smartphone is powered by Qualcomm’s Snapdragon 855+ which is the most powerful mobile processor available on the market. In addition, the mobile processor is paired with 8GB of RAM.