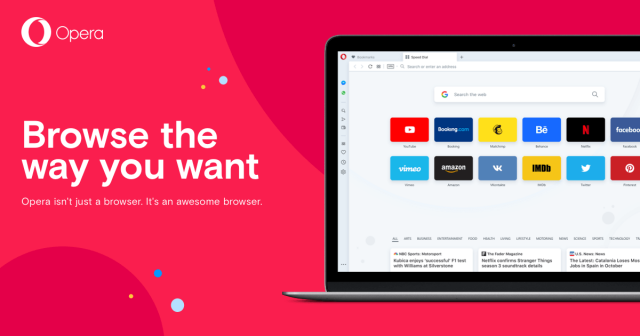 Opera is one of the world’s most popular browsers and what makes it stand out is the fact that Opera’s developers are promising high-level user privacy. However, Opera has been accused many times of using its side projects for not offering the same level of user privacy. With that said, it shouldn’t come as a surprise that a new report from Hinderburg Research is accusing Opera of running four Android apps that are violating Google Play Store rights.

Opera Apps are Categorized as Predatory

The four apps are called CashBean, OKash, OPay, and OPesa. The apps are violating Google Play Services policies that forbid predatory loans and they are targeting users from India, Kenya, and Nigeria. According to the Hinderburg Research, Opera’s apps are offering loans at the maximum annual percentage rate of 33 percent or less. However, this is not all true. The rates have climbed over 438 percent for OPesa.

Things get even worse for people who missed the payment dates. Missing the payment date for just one day will raise the annual percentage rate to 876 percent. If you think that this is not enough proof of accusing Opera’s apps of predatory loans, then you should know that they all gather phone contacts of the borrowers in order to harass their family members with texts and calls.

Another interesting thing that is being pointed out by the report is that Opera is using these four apps to artificially boost its financial growth in order to make their business seem more profitable for investors. Not only that, but the CEO of Opera has invested lots of revenue in other apps that have questionable disclosure and practices. If there is one thing to be certain about, then it has to be the fact that this is not a good sign for Opera browser users.