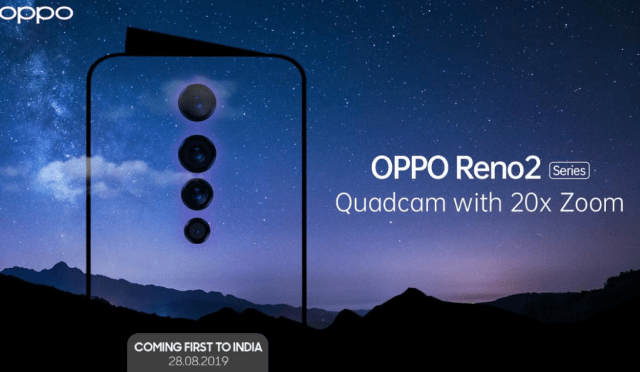 Introducing 5G support is the next step in taking smartphones to the next level and while you would expect big companies such as Apple, Google and Samsung to be leading the way this is not the case. Apple has confirmed that its upcoming iPhone lineup will not support 5G and Samsung has only included this technology on its latest Galaxy Note 10 flagship. On the other hand, we have Oppo which is a much smaller smartphone manufacturer that is making major advancements in comparison with its competition.

Oppo has announced that a new smartphone called Oppo Reno 2 is going to launch during the upcoming future and that it will feature 20X Zoom. However, this is not the highlight feature of the smartphone. The feature that truly makes Oppo Reno 2 stand out from the rest is the fact that it will support 5G connectivity.

The reason why Oppo Reno 2 is making headlines on our website today is because the smartphone has just been spotted on TENAA. This means two things. The first one is that Oppo is getting ready to launch the smartphone soon and secondly that we can take a look at the best specs and features that the smartphone will have to offer.

First off, the new smartphone from Oppo will be powered by Qualcomm’s Snapdragon 855 Plus CPU. This is the most powerful processor available for smartphones and it will make sure that Oppo Reno 2 can take care of heavy-duty tasks without any problems. In addition, the CPU will be paired with 12GB of RAM and 526GB of internal storage space.

As if the 5G technology of Oppo Reno 2 wasn’t impressive enough, the next-gen smartphone is also going to ship with the following camera setup on the rear side: 48MP + 13MP + 8MP and a 16Mp selfie shooter.