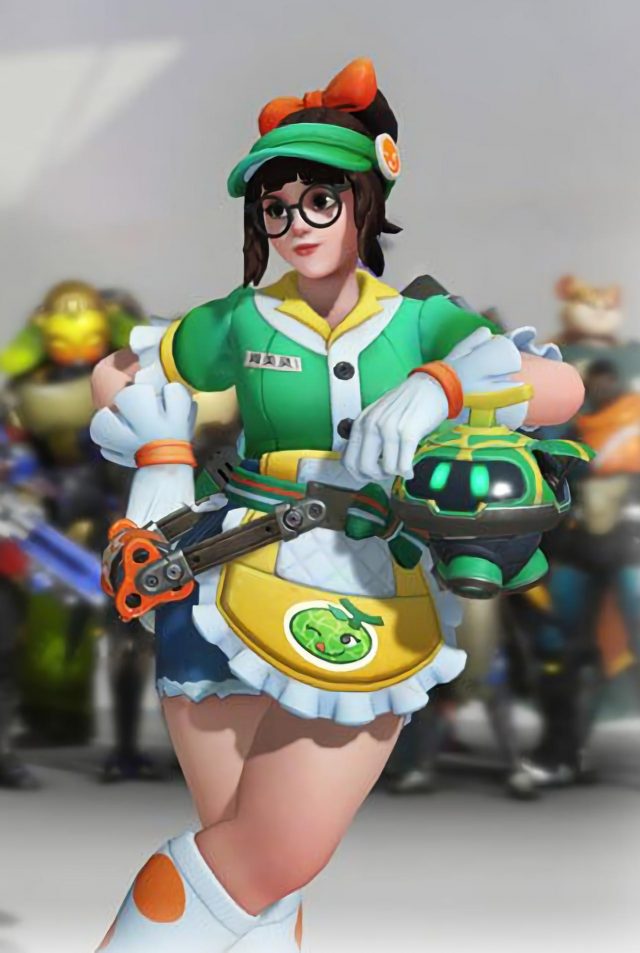 Overwatch’s anniversary event is starting today (May 21st) and it will end on June 10th. The event is going to introduce lots of cool things for players to enjoy and it’s a nice time to celebrate the launch of Overwatch. Even though Blizzard doesn’t like to reveal what kind of rewards players will be able to earn during the event, we got lucky and one of the most important rewards has just been leaked. We are talking about a brand-new Mei skin.

From the looks of it, Mei is wearing a server’s uniform in her upcoming skin. The skin might have a short teaser where it shows Mei serving customers with frosty foods such as ice cream, after all, ice is her specialty. On the downside of things, the new leak doesn’t reveal the official name of the skin or if it will be Legendary.

Nonetheless, all the skins that Blizzard is going to launch during the Anniversary 2019 event are going to be available in loot boxes. As we all know, the rewards that loot boxes give are random and in fact, Blizzard actually got in trouble because of them since some governments deemed the loot boxes as gambling. However, players who spend money to purchase in-game credits will be able to buy a Legendary skin for 3000 credits and an epic skin for 1800.

While Blizzard has yet to announce all the official features that are going to be launched during the event, we do know that the game developer is going to introduce a new Arena Map. The reason why we are so confident is because this is what Blizzard did with every other event. The new Arena Map will probably feature a Deathmatch and 3v3 games.