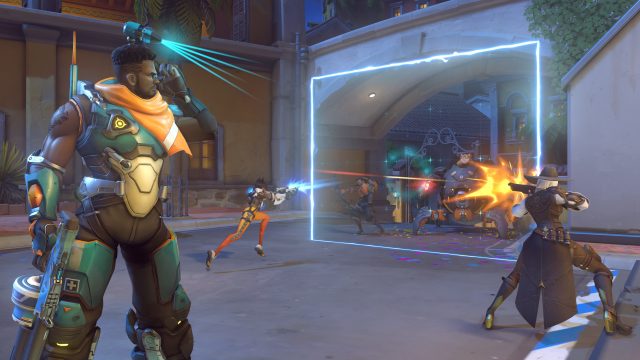 Blizzard has released a new patch for Overwatch and it introduces the much anticipated support hero called Baptiste. This hero was announced and added to the beta servers back in February but now, Baptiste is available for everyone to play. The new hero offers a fun mix of defensive and offensives abilities that can be used to keep allies safe and to take down enemies at the same time. Nonetheless, today we are going to present the patch notes for this latest update so that all Overwatch fans know what they are going to get.

Damage boost is now applied when a projectile is fired rather than when it hits a target.

Ana: Fixed a bug where Ana’s clothes would clip into her hip pouch while doing the Yut Nori emote

Ashe: Fixed a bug that prevented audio feedback from playing to indicate ammo was low on Ashe’s rifle if it had three or fewer bullets

Doomfist: Fixed a bug where Seismic Slam didn’t pull in enemies as intended

D.Va: Fixed a bug that made D.Va very difficult to knock back while she was firing her Fusion Cannons

Hanzo: Fixed a bug where Hanzo’s leg would visibly move while he was in his Meditate pose

Mercy: Fixed a bug where Mercy’s left knee would bend unnaturally when stunned by McCree’s Flashbang

Orisa: Fixed a bug that made Orisa very difficult to knock back while she was firing her Fusion Driver

Reaper: Fixed a bug where a button on the shoulder of Reaper’s Lu Bu skin appeared to be floating

Torbjorn: Fixed a bug that prevented Torbjörn from using Molten Core in custom games if Ability 2 was disabled

Widowmaker: Fixed a bug that prevented Widowmaker’s Venom Mine from damaging a hero if they triggered it at the edge of its trigger radius