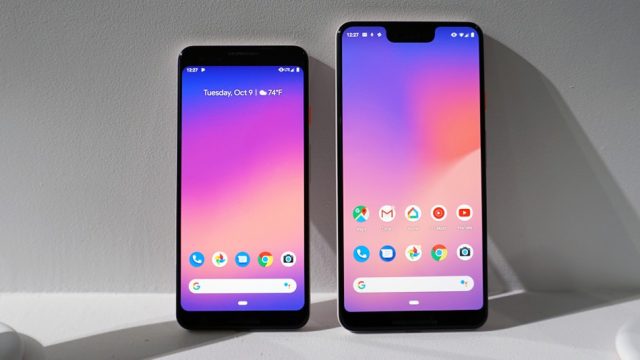 Google has big plans for 2019! The Android parent is going to refresh its Pixel lineup and it will also introduce a Pixel 3 Lite for Android fans who can’t afford to spend half their budget on a smartphone. Even though Google has yet to officially announce Pixel 3 Lite, the smartphone has already been leaked and a video review of it can be found here.

Nonetheless, this doesn’t necessarily mean that Android fans should keep their eyes peeled only for Pixel 3 Lite. The reason why we are saying this is because Google has announced today a massive discount for Pixel 3 and Pixel 3 XL.

Since the new generation of Pixel smartphones is just around the corner, Google wants to make sure that its Pixel 3 and Pixel 3 XL are still going to sell and it listed them on sale. Pixel 3 which is the standard model is priced at $649 and the bigger Pixel 3 XL is priced at $749. This means that the two smartphones have had their prices cut down by $150.

If the price is still too big for you, then you should be happy to know that there is a way to reduce it even further. If you have an old Android smartphone that is still in good condition, then Google is going to take it and give you up to a $400 discount on your next Pixel purchase.

We have to admit that this is a rather great deal for the two Pixel smartphones. Just take Pixel 3 XL for example which ships with a 6.3-inches P-OLED display that is coated in Corning Gorilla Glass 5. This is a high-end smartphone and it’s worth much more than $749.