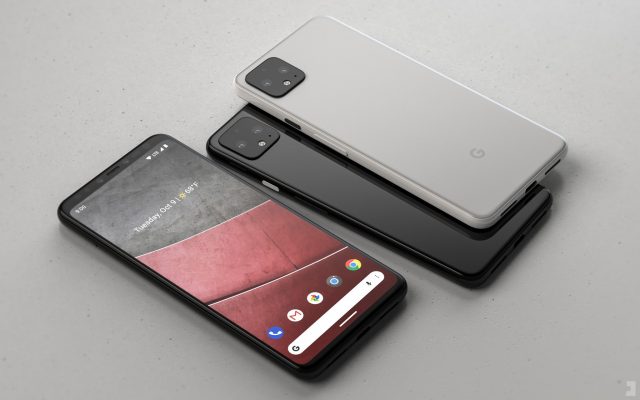 It’s been less than one week since Google decided to “leak” the official press renders of Pixel 4 which showed the smartphone’s rear side. The reason why Google did that is because it wanted to generate an interest in the upcoming Pixel flagship smartphone and to remind all Android fans that they need to wait a couple of more months until they can purchase Pixel 4.

Now, we got lucky and Evan Blass who is a reputable leakster has discovered how big the screen sizes of Pixel 4 and Pixel 4 XL are going to be.

The first thing that we want to mention is that Evan Blass has a stellar track record of predicting upcoming smartphones and other types of devices. Therefore, we have reason to believe that his latest Pixel 4 and Pixel 4 XL leak is as true as it can be.

Nonetheless, the display that Pixel 4 is going to use will measure in between 5.6-inches and 5.8-inches. In addition, the leakster is saying that Pixel 4 will feature the following measurements 147.0 x 68 x 8.2 mm (9.3 including the rear camera bump.

On the other hand, we have Pixel 4 XL which will feature a massive display that is going to measure in between 6.2-inches and 6.4-inches. Furthermore, the smartphone will feature the following measurements 160.4 x 75.2 x 8.2mm (9.3 including the rear camera bump.

From the looks of it, Pixel 4 and Pixel 4 XL are shaping up to become some of the best smartphones that Google has launched. However, this was to be expected since both smartphones will hold the title of flagship which means that they represent Google’s vision of what a pure Android smartphone should look like.