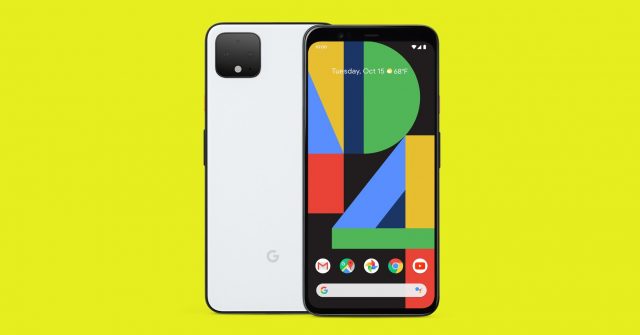 Google announced earlier this month that Pixel 4 devices are scheduled to receive a major update. This is not another Android update that introduces bug fixes and instead, Google dubbed the update as “Pixel Feature Drop”. The update is now rolling out via over the air channels to all Pixel 4 users and it introduces a bunch of useful features that are taking the performances of Google’s flagship smartphone to the next level. With that being said, today we are going to check out everything there is to know about the new update.

The first thing that Pixel 4 users are going to notice after installing the new update is that they have more photo controls. The update is making it possible for users to turn any photo into a portrait by blurring the background. This is a super useful feature that will make it much easier for Pixel 4 users to find a new profile picture for their social media profile.

Don’t you hate it when marketers are spamming your phone with robocalls? It seems like Google knows how annoying this is and the reason why we are saying that is because Pixel 4’s latest update is enabling the Google Assistant to automatically screen unknown callers and filter out detected robocalls. To make things even better, this happens before the Pixel 4 even starts ringing.

In case the phone call is not a robocall, the Pixel 4 will show a notification that informs the user with context about who is calling and why. The feature is called “Call Screen” and it works without mobile data or Wi-Fi. On the downside of things, the feature is exclusively available in the US.

Duo is Google’s Answer to FaceTime and therefore, it should come as no surprise that the Android parent is focusing all its attention on improving the performances of Duo video calls. Pixel 4 will now feature enhanced video calls and the smartphone will auto-frame the face. This useful feature is possible thanks to Pixel 4’s wide-angle lens. Additionally, the camera will automatically adjust when a second person walks into the frame.

We also want to mention that the playback on Duo calls is much smoother than before. Google’s developers are aware that Pixel 4 users will not always have access to a stable Wi-Fi connection and they have tweaked out the software of the app in order to avoid spotty audio. The developers are using a machine learning model that predicts the likely next sound so that the audio is impeccable at all times.

If you don’t own a Pixel 4, then you should be pleased to find out that Pixel 2 and 3 users can also apply a portrait filter. The filter will make the image look better, but it will not automatically adjust the angle and the framing because Pixel 2 and 3 are not equipped with the same premium wide-angle lens as Pixel 4.

“In addition to these new experiences, all Pixel devices will also receive an update to its memory management in the feature drop. With this new enhancement, your phone proactively compresses cached applications so that users can run multiple applications at the same time — like games, streaming content and more,” said Google about the new update for Pixel 4.