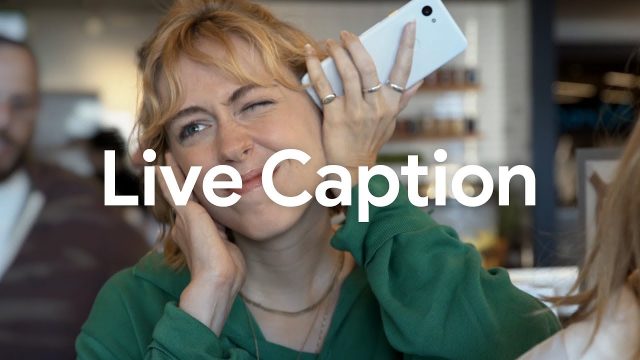 One of the best things about using one of Google’s Pixel 4 flagship smartphones as your daily carrier is the fact that you will receive access to all the latest Android updates. Not just that, but Google is always releasing exclusive features to Pixel fans, and the most popular one is Live Caption.

This feature was introduced back during the Google I/O 2019 event, and it is available only Pixel 4. Live Caption is a super useful feature, and now, the Android parent is looking to introduce it to Google Chrome.

For those who do not use a Pixel 4 as their daily carrier and are out of the loop when it comes to Google’s latest features, they should know that Live Caption makes it possible for people with hearing disabilities to follow along with video content.

As you can imagine, Live Caption is classified as an essential feature for people that have hearing problems, and according to the Chromium Gerrit, Live Caption may be introduced in Google Chrome.

A new commit published by SODA (Speech On-Device API) on the Chromium Gerrit is letting us know that Google’s developers are looking for ways to introduce Live Caption as a standard Google Chrome feature.

However, this is not the same Live Caption that is available on Pixel 4, and instead, it is a lighter weight version that enables users to observe the language process as it is happening in real-time.

“This CL creates a sandbox service that hosts the Speech On-Device API (SODA). It contains the components required to launch the service from the renderer process, but the implementation of the service itself is stubbed out,” said the developers in the new commit.

Live Caption is a groundbreaking feature for people with hearing disabilities, and there is no doubt about that. This is why we hope that the Google Chrome version of the feature comes out of the testing phase soon, and it is introduced as a standard browser feature.