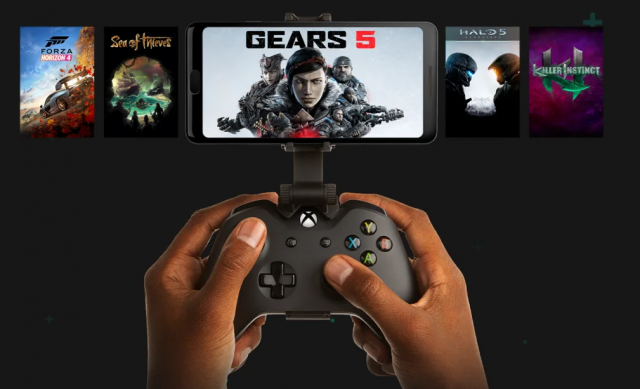 GeForce recently launched a new serviced called “Now” that makes it possible for users to run all the latest games on their computers or laptops, even though they might not be equipped with powerful hardware specs. The new service uses Cloud technology to stream gameplay from GeForce’s servers and now, Microsoft wants to do the same with the Xbox Project xCloud service. The interesting thing about Microsoft’s service is that it will work iOS. Yes, you read that right. Microsoft wants to provide Apple fans with premium gaming experiences.

Microsoft announced earlier this week that it has begun accepting iOS testers for xCloud. This means the service is going to be available on iPads and iPhones when Microsoft is finished with the testing phase. On the downside of things, there is a caveat to the announcement made by Microsoft. xCloud on iOS currently supports only Halo: The Master Chief Collection.

The reason why iPad and iPhone fans can’t test any other game on their devices other than Halo: The Master Chief Collection is due to an App Store policy. The problem here is that the App Store limits 10,000 users through the Apple TestFlight program that enables xCloud. Nonetheless, we can be sure that Microsoft will work out a deal with Apple to introduce more Xbox games for iPads and iPhones.

According to reports from iPad and iPhone users who are testing the new xCloud service from Microsoft, Halo: The Master Chief Collection is running smoothly on iPads at around 30 FPS. Since the service is still in the testing phase, then it shouldn’t come as a surprise that there still are some problems that Microsoft needs to work on. Most of the problems are directly related to spotty Wi-Fi connections.