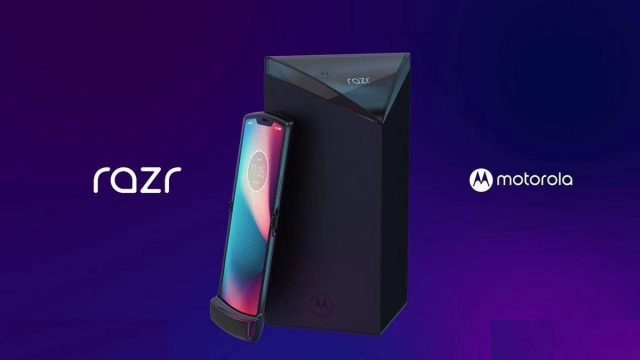 One of the best things about the smartphone industry is the fact that new devices are being launched nearly every single month. There are lots of tech companies who are working on their next-generation flagships in secret and luckily, keeping a secret is not that easy in the smartphone industry thanks to leaks. With that said, a new press render of Motorola’s upcoming Razr V4 has surfaced on the web and we have to admit that the smartphone looks stunning.

Motorola announced that Razr V4 is being developed a couple of months ago but what the tech giant didn’t mention is the exact release date for the smartphone. Well, it looks like Razr V4 might launch sooner than expected since a press render of it has popped up on Weibo. For those who are not familiar with this website, they should know that Weibo is the Chinese version of Reddit.

The press renders shows us the cool looking Razr V4 and it also reveals that it will ship in a special triangular prism-shaped box. The box also gives us a glimpse of the accessories that Razr V4 will ship with such as a charging dock, power adapter, USB Type-A cable, USB Type-C cable and a 3.5mm dongle alongside a pair of earbuds.

Even though Razr V4 is shaping up to be one of the most powerful smartphones to launch in 2019, it will not be equipped with the most powerful CPU available on the market. According to previous leaks, Razr V4 will be powered by Qualcomm’s Snapdragon 710 CPU.