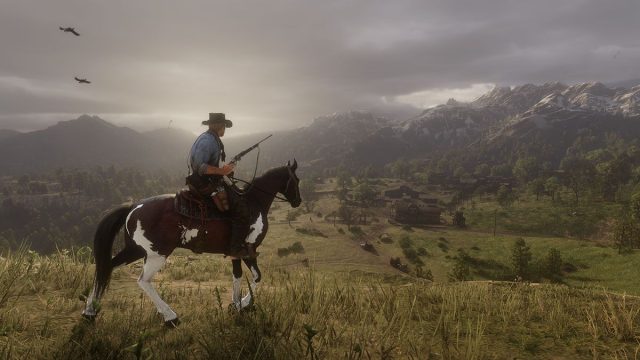 Red Dead Redemption 2 is one of the best games to launch this year and everyone is talking about it. This game gives players the chance to live their childhood dream of being a cowboy from the wild west and running around with a gang of outlaws who rob everything in their way.

Not just that, but the game is a masterpiece that raises the standards for all other RPG games. Nonetheless, the reason why Red Dead Redemption 2 is making headlines today is because Walmart is offering a great deal for the Xbox One Version of the game.

If you have an Xbox One and you are thinking about buying the new Red Dead Redemption 2, then you should be pleased to know that Walmart is selling the game for $60. To make things even better, Walmart is also adding a $10 Xbox One Gift Card to the deal.

If $60 sounds like a little bit too much, then we advise you to hurry up and buy the game by using the code “EELEN10” at the checkout which will take $10 off the price. On the other hand, the “ELLEN10” code is available until it has been used for 50,000 times and therefore, moving quickly is essential if you want to get Red Dead Redemption 2 before the code runs out.

Game of the Year

Before we end this, we want to go over the fact that Red Dead Redemption 2 has already been nominated to win the GOTY (game of the year) award. This is really impressive, especially since the game has been out only for two weeks now and most players haven’t even had the time to complete it. With that said, this game offers players a great and immersive experience and Walmart is surely going to run out of stock in a matter of days.