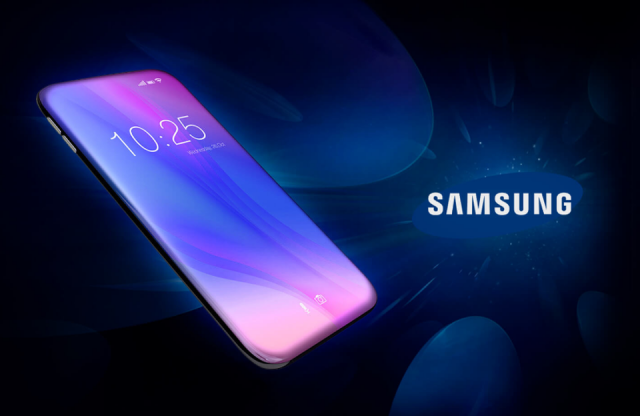 The future is looking bright for Samsung fans! The South Korean based tech giant recently hosted a private event for 20 business partners at the Shenzen Mariott Hotel in China and Ice Universe who is a renowned leakster has managed to find out what Samsung presented to its business partners, a fully bezel-less Galaxy S10 that ships with a bunch of innovative features that no other smartphone has to offer.

Samsung is Innovating the Smartphone Industry

Samsung’s quarterly year reports have shown that Galaxy S9 didn’t sell as well as expected. Not just that, but Apple’s iPhone X has been a major success and Samsung is feeling like it’s losing its spot as “the biggest smartphone manufacturer in the world”. Therefore, no one should be shocked to find out that Samsung has big plans for 2018.

The leakster Ice Universe managed to get his hands on the picture featured above which shows us an innovative looking Galaxy S10 press render. The upcoming flagship smartphone looks amazing when it comes to design, but there’s more to it than what meets the eye.

What makes Galaxy S10’s full-screen display so amazing is not the fact that it doesn’t feature any bezels, but that the fingerprint scanner is embedded beneath the display alongside the selfie camera. This is something that has never been done before and it will surely give Galaxy S10 the upper hand over its competition.

Samsung said during the private event that the in-display fingerprint is being called as FoD (Fingerprint on Display) and that it will feature Ultrasonic Pulses which uses reverberation in order to create a secure 3D map of the user’s fingerprint.

Furthermore, the smartphone will also feature HoD (haptics on display) which is the next-generation version of vibration feedback so that it can give a better feedback sensation to users.