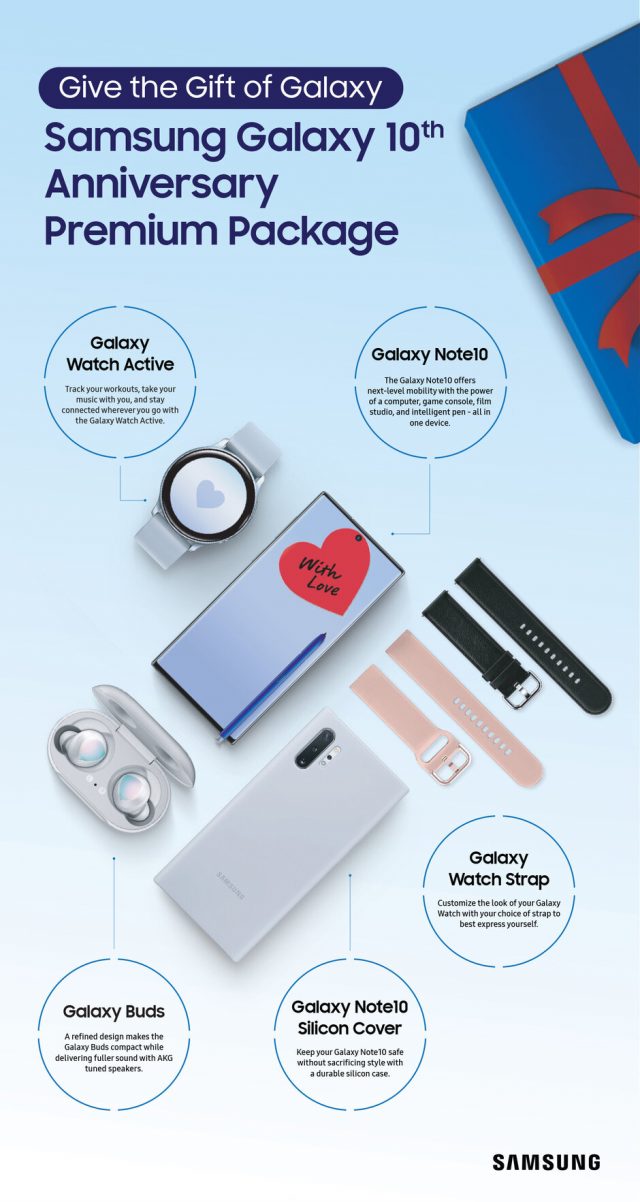 Samsung is always launching special editions of its latest smartphones but now, the South Korean based tech giant has decided to take things to the next level and create a bundle of premium products that will launch in select countries. The bundle contains five products and it’s called the “Samsung Galaxy 10th Anniversary Premium Package”. With that being said, let’s go ahead and check out everything there is to know about it.

If there is one thing that we can be sure about, then it has to be the fact that this is the most expensive bundle that Samsung will ever launch. After all, it contains the premium Galaxy Note 10 which is not a cheap smartphone by any means.

In addition, the special Galaxy 10th Anniversary Premium Package is certainly the best gift for “die-hard” Samsung fans who love to own multiple Galaxy devices.