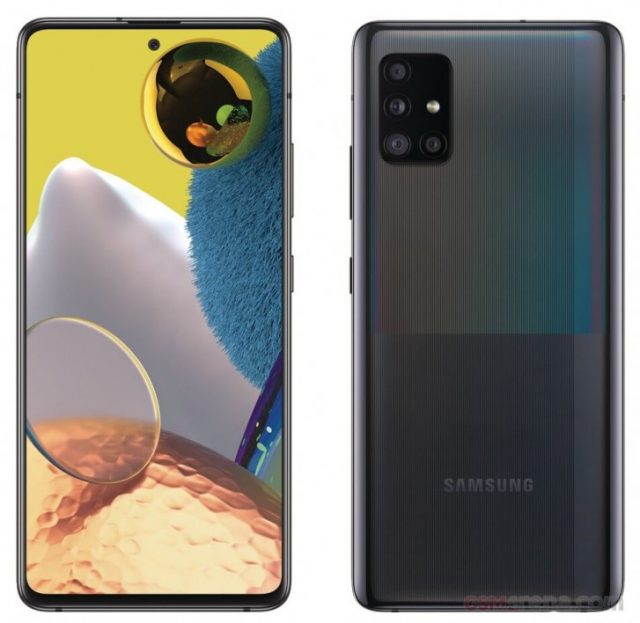 It’s been a couple of months since the first press render of Galaxy A51 was leaked and now, a brand-new leak is showing us that Samsung is working on a 5G version of the smartphone. The new smartphone is called Galaxy A51 5G and thanks to @evleaks, we now have the chance to look at its full design. With that said, let’s go ahead and check out everything there is to know about the upcoming smartphone.

The first thing that we want to mention about Galaxy A51 5G’s design is the fact that it ships with a full-screen display. The display is equipped with rounded corners that are similar to one of the latest iPhones and it looks sleek. Another design feature that stands out is the unique finish on the back panel. This looks similar to the 5G version of Samsung’s A91.

Even though Samsung has yet to announce the full specs sheet of the upcoming smartphone, we got lucky and Galaxy A51 5G was recently spotted on GeekBench. Thanks to the GeekBench report, we know that Galaxy A51 5G will be powered by Samsung’s in-house Exynos 980 CPU. This is a powerful processor that can handle heavy-duty tasks without a problem.

If we take a closer look at the leaked press render of Galaxy A51 5G, we can clearly see that the smartphone is equipped with a quad-camera setup. This is a high-end setup and according to rumors, the main shooter features 48MP. We have to give it to Samsung, the L-shaped quad-camera setup is quite impressive.

As the smartphone’s name implies, Galaxy A51 5G will support 5G connectivity. This is the latest in connectivity technology and it guarantees fast and stable internet speeds.