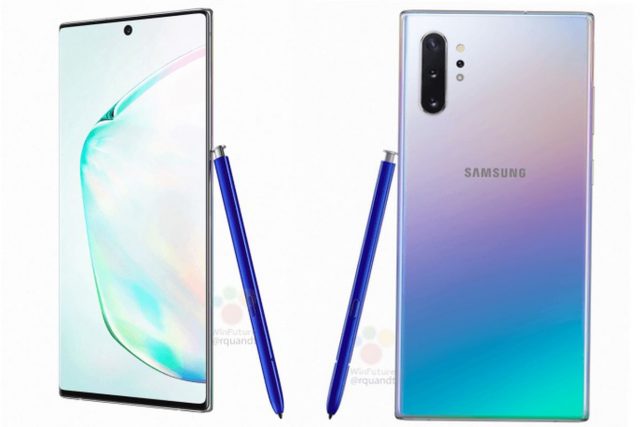 We reported yesterday that a new leak from Verizon confirmed the fact that Samsung’s upcoming Galaxy Note 10 is going to support 5G connectivity and if you are interested in buying the new flagship smartphone, then you should be pleased to find out that there is a way to get a huge discount. Samsung announced that it will start accepting registrations for the “next generations of Galaxy” in the US and that customers will receive special discounts if they trade in their older smartphones. Huge Galaxy Note 10 Discounts! Right from the start, we want to mention that Samsung is offering a $50 discount to everyone who decides to purchase Galaxy Note 10 directly from the South Korean based tech giant’s website. Nonetheless, Samsung announced that people who own flagship smartphones made by Samsung, Google or Apple will be able to benefit from massive discounts of up to $600. Here are the smartphones that Samsung accepts as trade-ins for Galaxy Note 10: Galaxy Note 9, Galaxy S10, Galaxy S10+, Galaxy S10e, Pixel 3, Pixel 3 XL, iPhone XR, iPhone XS, and iPhone XS Max. Samsung Accepts Older Smartphones The South Korean based tech giant also announced that it will offer deals of up to $200 for customers who want to trade-in older smartphones such as Galaxy S7, Galaxy S7 Active, Galaxy S7 Edge, Galaxy S8, Galaxy S8 Active, and Galaxy S8+. Google’s Pixel and Pixel XL. August Launch Date The last thing that we want to mention is that Galaxy Note 10 and its bigger variant Note 10+ are scheduled to launch at an “Unpacked Event” that is scheduled to take place on August 7th in New York. Furthermore, the 4G variants of the two smartphones will be available for purchase directly from all other carriers located in the US.