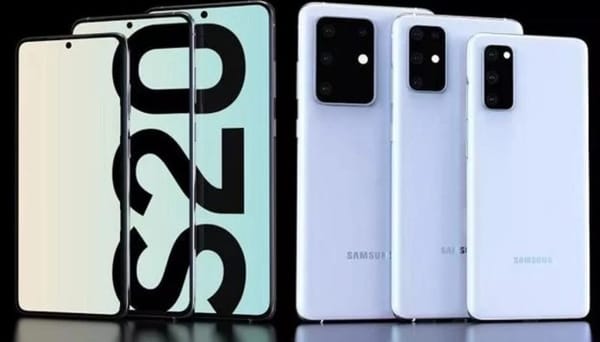 We are less than one month away from Samsung’s highly anticipated Galaxy Unpacked event where the upcoming Galaxy S20 series will be revealed. If you don’t like waiting and you are eager to find out what hardware specs Samsung’s next-gen flagship smartphones will have to offer, then you are in luck! The full specs sheet for the 5G versions of Galaxy S20, Galaxy S20 Plus and Galaxy S20 Ultra have been leaked. Without any further ado, let’s check them out.

The most affordable version of Samsung’s upcoming flagship smartphone will be Galaxy S20 5G. According to the leaked specs sheet, the smartphone will be equipped with a 6.3-inch Infinity-O Dynamic AMOLED display that features an impressive 120Hz refresh rate.

Moreover, Galaxy S20 5G will be powered by Samsung’s in-house Exynos 990 CPU that is paired with a 4,000 mAh battery and 128GB of internal storage that can be expanded up to 1TB.

This is the second-most-expensive smartphone from Samsung in 2020 and it ships with a bigger 6.7-inch Infinity-O Dynamic AMOLED display that features a similar 120Hz refresh rate.

The processor that is powering Galaxy S20 Plus 5G is none other than Samsung’s own Exynos 990 7nm CPU that is fueled by a 4,500 mAh battery. In addition, the smartphone offers 128GB of internal storage space and microSD support up to 1TB.

Galaxy S20 Ultra 5G is the smartphone that will be called the “ultimate Samsung flagship in 2020” and there is a good reason behind that. The smartphone is equipped with a massive 6.9-inch Infinity-O Dynamic AMOLED display that offers a pixel resolution of 3200x1400p and a pixel density of 511PPI.

Furthermore, the smartphone is powered by the same Exynos 990 7nm CPU. The CPU on Galaxy S20 Ultra 5G is fueled by a 5,000 mAh battery. Additionally, this version of Galaxy S20 is available with 512GB/128GB of expandable internal storage space.