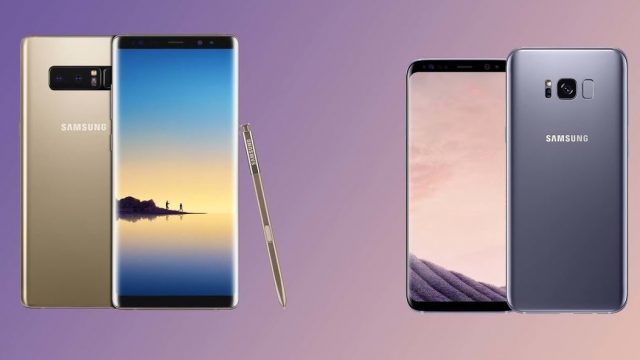 Samsung has a bad reputation when it comes to releasing software updates for its older smartphones. Fortunately, the South Korean based tech giant is determined to change that and it has started to regularly release security patches for older Galaxy smartphones. The latest models to be updated are Galaxy S8 and Galaxy Note 8. With that said, let’s go ahead and check out everything there is to know about the new update.

Galaxy S8 and Galaxy Note 8 users should be pleased to know that a new update is coming their way. The update introduces the February 2020 security patch and it changes the firmware number of the two smartphones to G95xFXXS7DTA6. The update is currently rolling out via OTA (over the air) channels in Germany, Spain, France, Poland, and the Netherlands.

The update is available with the N9050FXXS9DTA1 firmware number in Germany, Switzerland, Bulgaria, Italy, and France. We also want to mention that Samsung is working with Sprint and T-Mobile to roll out the update in the US under the N950USQS7DTA4 version number.

Now that we have covered the latest update that Samsung has released for Galaxy S8 and Galaxy Note 8, let’s remind ourselves what are the key hardware specs that Galaxy S8 has to offer. The former flagship device is equipped with a 5.8-inches display that uses Super AMOLED technology and provides a pixel resolution of 1440 x 2960.

To make things even better, Galaxy S8 is powered by a Snapdragon 835 processor that clocks at 2.3GHz. The processor is paired with an Adreno 540 GPU and 4GB of RAM alongside an internal storage space of 64GB. Thanks to the powerful processor, Galaxy S8 is still a reliable daily carrier in 2020.