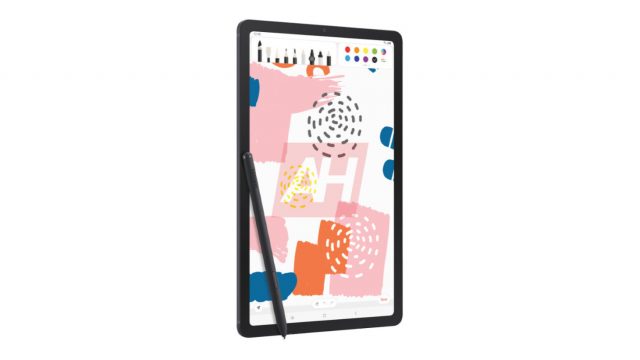 We reported earlier today that Apple is looking to introduce the much-anticipated iPhone SE 2 in 2020. Well, it seems that Apple is not the only tech giant that is interested in launching an affordable device this year. The reason why we are saying this is because a brand-new leak that comes as a courtesy of the folks at AndroidHeadlines is showing us that Samsung is planning to launch a new “lite” tablet. The tablet is called Galaxy Tab S6 Lite and today we are going to cover everything there is to know about it.

Samsung announced a new family device called Galaxy Tab S6 last year and now, the South Korean based tech giant is looking to offer a similar product that is available for a lower price. Samsung has finished adding the finishing touches to Galaxy Tab S6 Lite and we know this thanks to the leaked press render (featured above) that shows to us that the new tablet will ship with a full-screen design.

Since the new tablet is a “lite” device that is more affordable than the original model, then it shouldn’t come as a surprise to anyone that Samsung was forced to downgrade the hardware specs in order to make the price possible. However, Galaxy Tab S6 Lite will still be fueled by the impressive Exynos 9611 chipset that is paired with 4GB of RAM and 64GB/128GB of internal storage space.