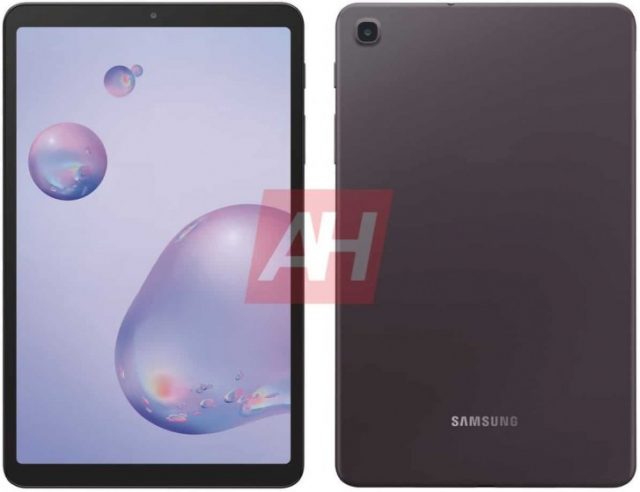 It’s been a long time since the tablet industry has made similar profits to the smartphone or smartwatch one but, this doesn’t mean that Samsung has given up on tablets. In fact, the South Korean based tech giant is adding the finishing touches to an upcoming tablet called Galaxy Tag A 8.4.

We know this thanks to a brand-new leak that shows us the official press render of Galaxy Tag A 8.4. With that being said, let’s go ahead and check out everything there is to know about the next-gen tablet.

The most important design feature that the leaked press render shows us is that Galaxy Tag A 8.4 will ship with a full-screen design. This is a major improvement when compared to the previous models of the tablet. Although, the new design does come with a downside.

Galaxy Tag A 8.4 is no longer equipped with a physical Home button. In addition, we can spot that Galaxy Tag A 8.4 will ship with a single rear sensor and a selfie shooter that is hidden inside the top bezel.

We got lucky and the hardware specs of the tablet have been already listed on the Google Play console. Therefore, the tablet will ship with an 8.4-inch display that looks amazing. If we take a look under Galaxy Tag A 8.4’s hood, we are going to see that the tablet is powered by Samsung’s in-house Exynos 7904 processor.

This is an octa-core processor that features 2xm ARM Cortex-A73 cores and 6xARM Cortex-A53 cores. To top it all off, the tablet is paired with an ARM Mali G71 GPU.

Samsung has also equipped the tablet with 3GB of RAM and Google’s Android 9.0 operating system. However, we can be sure that Galaxy Tag A 8.4 will receive access to the latest Android 10 a couple of months after it launches.