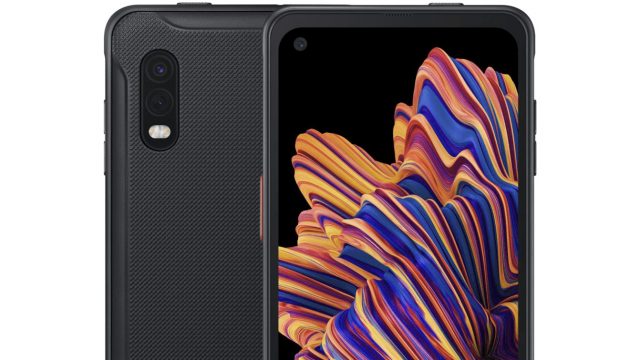 One of the best things about being a Samsung fan is the fact that you have a variety of smartphones to choose from. Unlike other companies that are launching only high-end devices that cost $1,000, Apple is the perfect example of this, Samsung likes to launch smartphones for all budget ranges.

With that being said, it shouldn’t come as a surprise that the South Korean based tech giant has just announced a new smartphone called Galaxy XCover Pro.

The smartphone was released under the “rugged phone” category and it is available in Finland. However, we can be sure that Galaxy XCover Pro will see a global launch during the upcoming months.

As previously noted, the new Galaxy XCover Pro was released under the rugged category. For those who are unfamiliar with this category, they should know those rugged smartphones are designed to function in bad conditions.

For example, you can drop a rugged smartphone on the concrete floor and the screen will not instantly crack. This is thanks to the fact that the smartphone is equipped with a thick polycarbonate chassis. Not only that, but Galaxy XCover Pro is also IP68 resistant to dust and water.

The featured pictured is showing us that Galaxy XCover Pro will sport a sleek design. However, this is not what makes the new smartphone stand out. If we take a look at the smartphone’s hardware internals, we are going to see that it is powered by an octa-core processor that clocks at 2.0 GHz.

The processor is paired with 4GB of RAM and 64GB of internal storage space. Furthermore, Galaxy XCover Pro ships with a 6.3-inches display that uses LCD technology. The display offers an aspect ratio of 20:9 and a resolution of Full HD+ 1,080 x 2,400 pixels.