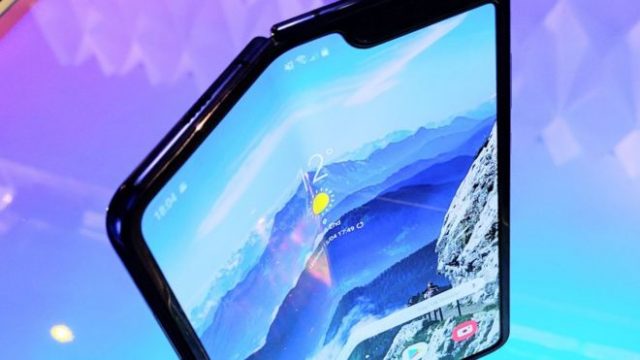 Samsung’s brand-new Galaxy Fold is one of the most innovative smartphones to launch in 2019. Unfortunately for Samsung, this doesn’t mean that Galaxy Fold doesn’t have its fair share of problems. The reason why we are saying this is because the folding display of Galaxy Fold is starting to break or glitch only after 24 hours of use. This is a serious problem, especially when considering that Galaxy Fold is priced at $2,000.

As the internet was getting flooded with reports about the malfunctioning display of Galaxy Fold, Samsung was quiet. The South Korean based tech giant didn’t want to admit its design mistake and the only thing it stated is that the upcoming Chinese launch of Galaxy Fold is going to be postponed. Well, it looks Samsung has finally decided to address the issue.

From the looks of it, Samsung couldn’t keep quiet anymore and it had no other choice other than to recall all malfunctioning Galaxy Fold units. Samsung is currently looking to recall the samples that it sent to tech reviews during the last months and Kim Young Woo from SK Securities had the following thing to say about this: “It’s disastrous that Samsung sent samples to reviewers without clear instructions on how to handle the device”.

Samsung Looking At The Bright Side

In addition, Samsung was planning to sell a total of one million Galaxy Fold units in 2019. However, this is not going to happen anymore.

“On the bright side, we have an opportunity to nail down this issue and fix it before selling the phones to a massive audience, so they won’t have same complaints,” said a Samsung employee when asked about the Galaxy Fold issue.

Considering the fact that Galaxy Fold is a $2,000 smartphone, Samsung should’ve made sure that the folding smartphone doesn’t have any issues. Nonetheless, Samsung is at least trying to make amends and it has recalled all malfunctioning Galaxy Fold units.