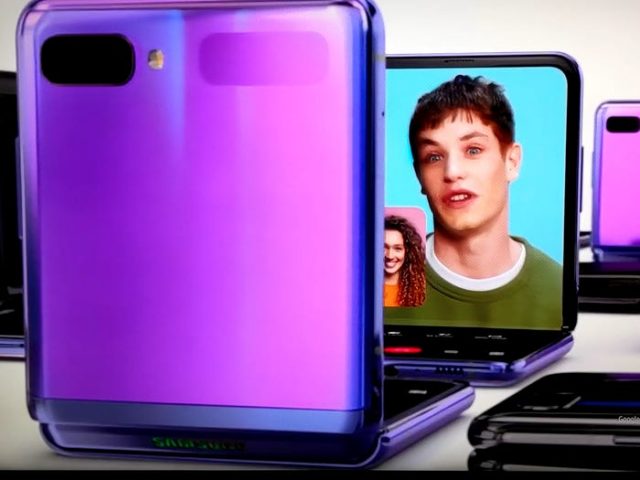 With one day away from Samsung’s high anticipated Galaxy Unpacked event, the South Korean based tech giant decided to give everyone a glimpse of what its next-generation foldable smartphone will look like and it aired a short ad during the Oscars on Sunday night.

Even though the foldable smartphone was not named during the short ad, previous leaks have confirmed that it will be called Galaxy Z Flip. Samsung has yet to publish the ad on its official social media channels but we managed to snap a screenshot (featured above) just in time.

Samsung took the smartphone industry by storm in 2019 when it launched the innovative Galaxy Fold. The smartphone was the first high-end foldable smartphone and it sold out faster than all of Samsung’s other flagship devices. With that being said, it shouldn’t come as a surprise that Samsung is trying to replicate the success in 2020 with Galaxy Z Flip.

The new foldable smartphone ships with a clamshell design that is quite similar to the one that Motorola Razr uses. Galaxy Z Flip will feature a dual-lens camera system on the rear side. However, the feature that makes Galaxy Z Flip stand out the most is the tiny exterior screen.

The screen is located next to the camera and it can be used to display bits of information and notifications from apps, phone calls or texts. To make things even better, the exterior screen is touch-sensitive.

The Oscars ad for Galaxy Z Flip was a total surprise and we have to give Samsung praise for using such as a popular event to showcase its upcoming smartphone. We also want to note that the following message was listed on the bottom of the ad “You may notice a crease at the center of the main screen, which is a natural characteristic of the screen.”