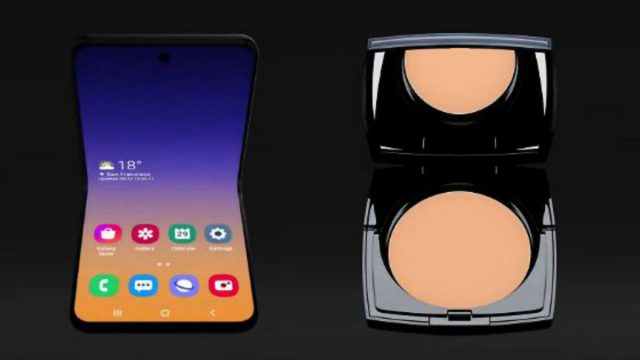 Samsung made headlines all over the world when it revealed the first foldable smartphone called Galaxy Fold. The innovative design of the foldable smartphone became very popular and now, Samsung is trying to capitalize on that by creating a new version of Galaxy Fold that is called Bloom. The name of the smartphone was confirmed by Samsung CEO DJ Koh during a private conference that took place at the CS 2020 event.

DJ Koh hosted a private conference where it invited its telecom partners to show them what Samsung has in store for 2020. The conference kicked off with the CEO confirming that the upcoming Galaxy S11 is going to be called Galaxy S20. Not just that, but the flagship smartphone will be accompanied by Galaxy S20 Plus and Galaxy S20 Ultra.

As previously mentioned, the smartphone that stole the spotlight during the private conference is a new foldable device called Bloom. The name of the foldable smartphone is quite surprising since everyone was expecting Samsung to call it Galaxy Fold 2. To make things even more interesting, DJ Koh was asked about what is the reason behind the rebranding of Galaxy Fold 2 and he said that he doesn’t have an answer.

We don’t have that much information about Galaxy Bloom other than the fact that it will sport a foldable design. On the bright side of things, DJ Koh announced during the private conference with the telecom partners that there will be two versions of Galaxy Bloom. One version will support 4G connectivity and the other one 5G.

Another impressive feature that the Samsung CEO revealed is that Galaxy Bloom will introduce support for 8K video recording. Not only that, but DJ Koh said that Samsung teamed up with Google to help 8G videos become mainstream.