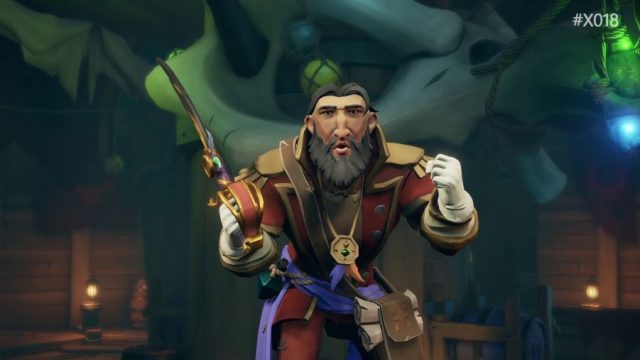 It’s been more than one year since Sea of Thieves was launched and even though the game had its fair share of issues in the beginning, Sea of Thieves has become quite an amazing game since then. Sea of Thieves has received regular updates which took care of all its bugs and introduced new content and features that made the game fun to play. With that said, Sea of Thieves fans should be happy to know that a big update is coming their way soon!

Now that the game is one year old, the developers want to celebrate this anniversary by rolling out a new update. The game is going to receive lots of content in the new Anniversary Update and this includes much-anticipated The Arena.

Everyone who has ever played Sea of Thieves knows that the most fun things to do in this game is not treasure hunting, but fighting with other players. Plundering and pillaging is the life of a pirate and The Arena is going to introduce lots of new PVP-focused elements into the game.

“The Arena allows you to get straight to the heart of the action I the new competitive mode,” said the game’s developers in the patch notes. “Trust in your crew and prove your prowess in a purely competitive setting. After a vicious battle, share a grog with your rivals in the Glorious Sea Dog tavern, home to a new Trading Company led by the heroes of the Sea of Thieves comic series!” added the developers.

This is a great update to Sea of Thieves and players will love it, especially the players who enjoy getting competitive in PVP scenarios. We should add that The Arena is probably going to make Sea of Thieves even more popular on Twitch due to its replayability.