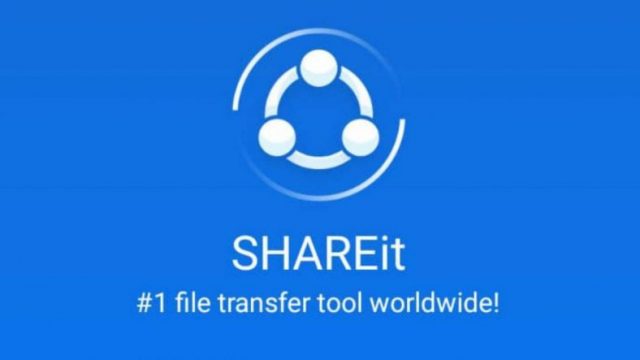 If you often find yourself struggling to share files with your friends and family members, then you might want to consider installing SHAREit. This is a highly popular app that has made its name in the Android community by providing users with access to all the tools that they need to share any type of file with anyone they want. SHAREit benefits from cross-platform support and therefore, you will be able to transfer files even with people who use iPhones or iPads.

While SHAREit’s file-sharing abilities are impressive, this is not the reason why the app is making headlines on our website. Instead, we want to let all SHAREit fans know that a brand-new update is coming their way. The update sports the 5.5.8 version number and it can be downloaded via OTA (over the air) channels starting today.

One of the things that make SHAREit stand out when compared to apps that offer similar features is the fact that SHAREit is constantly updated with improvements. The developers who are in charge of it know how important it is for users to safely share files at fast speeds and this is why they are always releasing software improvements.

The latest update available for SHAREit is now available to download via OTA channels and it changes the app’s version number to 5.5.8. Now, let’s go ahead and check out what are the improvements that the update brings.

The developers of SHAREit want to make sure that the app can be used by everyone and this is why they are making the UI (user interface) friendlier. “The sender and receiver pages have been redesigned to be more user-friendly,” said the developers in the patch notes.

Now that we have covered everything there is to know about the brand-new 5.5.8 update, let’s go ahead and take a look at what are the top 5 features that SHAREit offers to mobile users. Check them out below:

#2 Fastest in the Business

Since SHAREit is an app that excels at transferring files between smartphones, then it should come as no surprise that the developers of SHAREit have made sure to optimize the app’s software to the point that it’s called as the “fastest in the business”. What this means is that SHAREit can transfer all types of files at super-fast speeds.

In fact, SHAREit is 200 times faster than Bluetooth being able to transfer files at speeds that reach up to 40MB/s in optimal network conditions.

#3 Transfer Anything You Want

Even though you might think that apps which excel at transferring files should support all types of files, this is not the case for all of them. Luckily, SHAREit is an exception to that rule. SHAREit users can basically transfer any types of files they want without having to worry if they are supported or not.

Obviously, the app can transfer basic formats such as pictures, videos and music. However, SHAREit’s list of supported files formats doesn’t end there. SHAREit can also transfer APKs (Android Package Kit) and even fully installed apps!

While SHAREit’s primary focus is to make it easier for users to transfer files, this is not the only thing that SHAREit does best. SHAREit is also a great app when it comes to video entertainment.

Music plays an important role in our lives and some people can’t even go a full day without listening to their favorite songs. Well, it seems like the developers who are in charge of SHAREit know that too well. The reason why we are saying this is because SHAREit is also equipped with a pre-installed MP3 player and a list of infinite songs that users can listen both online and offline.