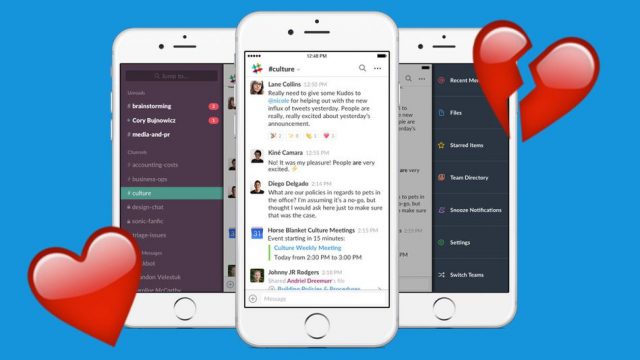 Slack is a powerful app that has been specially designed to improve team communication and collaboration. The way that Slack does that is by providing users with a platform where they can find all types of useful features such as a to-do list for example which will help them work on both small and big projects.

Although, the best thing about Slack is the fact that the app is updated on a weekly basis with software improvements. In fact, a new update has started rolling out earlier this morning and today we want to cover everything there is to know about it.

The first thing that we want to mention about Slack’s latest update is that even though it’s rolling out via official OTA (over the air) channels, the only ones who can download it are Slack users who are enrolled in the beta program. On the bright side of things, the developers of the app are allowing everyone who uses an Android-powered device to join the beta program and access all the latest improvements.

Nonetheless, the new update for Slack sports the 19.11.10.0-B beta version number and we are advising everyone who is enrolled in the beta program of the app to download it as soon as possible because the update comes with a handful of important bug fixes.

The developers who are in charge of Slack are aware that the app is used for important purposes such as working on projects and this is why they want to make sure that the software stability and user experience that Slack offers are of premium-quality.

Therefore, the new update which is changing Slack’s version number to 19.11.10.0-B beta is introducing numerous bug fixes that are tackling multiple issues.