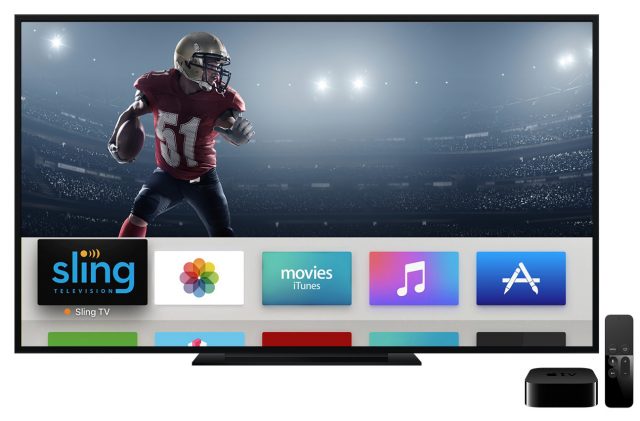 We have some great news for Sling TV fans today! Sling announced that the UI (user interface) for Apple TV is being revamped in order to deliver a better user experience and make it much easier for users to find the shows that they love to watch. This is a big update and we advise all fans of Sling TV to hurry up and get it as soon as possible since the new features that it introduces are great. With that being said, let’s check out everything that Sling TV fans need to do know about this latest update.

The first thing that Sling TV users are going to notice after installing the new update is that the grid guide has been changed. The grid will automatically present more information than usual after the user selects a listing that he or she is interested in. The top of the screen has also been changed to feature a photo preview alongside with a description of the show’s listing. Not just that, but the listings have also been made larger so that they can be read easier.

The primary focus of this latest Sling TV update Apple TV is to take the service’s user experience to the next level. Therefore, Sling TV users should be pleased to know that the channel category filters will now be accessible from the left side of the screen.

In addition, once the user selects a show that they are interested in, the show’s information view will feature images from the show and information about the show’s seasons.

What’s great about this big Sling TV for Apple TV update is the fact that all the UI (user interface) changes have been implemented according to customer feedback. This shows us that the developers of Sling TV care about their customers and that they are willing to implement changes that users like.