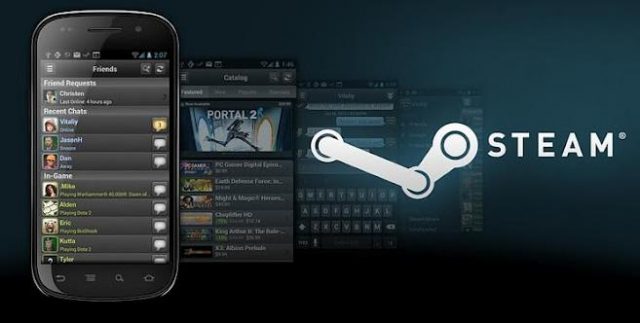 As all PC gamers already know by now, Steam is the platform where they go to whenever they want to either purchase or launch a game. The game library is used by tens of millions of PC gamers from all over the world and therefore, Valve who is the developer in charge of Steam can’t take any chances with bugs or glitches. This is why Valve is always rolling out software updates that introduce bug fixes and software tweaks and in fact, a brand-new one has just been released for the Android version of Steam.

If you like using Steam, then you should be pleased to find out that the game library has just received a new update. The update is changing Steam’s version number to 2.3.10 and Valve is rolling it out via OTA (over the air) channels. This means that the update is going to arrive to all Steam users during the upcoming hours.

We also want to mention that Valve has released the update in the form of APK so that Android smartphone users can manually download and install the update if they don’t like having to wait for it to arrive via OTA channels. However, installing APK updates can be prove to be quite tricky and therefore, we are going to provide a short installation guide.

First off, Steam users need to download the latest APK version of the update and then to head over to their smartphone’s Settings panel and enable the “Unknown Sources” option. After doing that, the next step is to open the recently downloaded APK file and select “Install”.

The new update for Steam introduces a handful of bug fixes that take care of a major issue which caused the game library to crash. “Fix a background crash when the application receives a chat notification. Other security fixes,” said the developers of Steam in the patch notes.