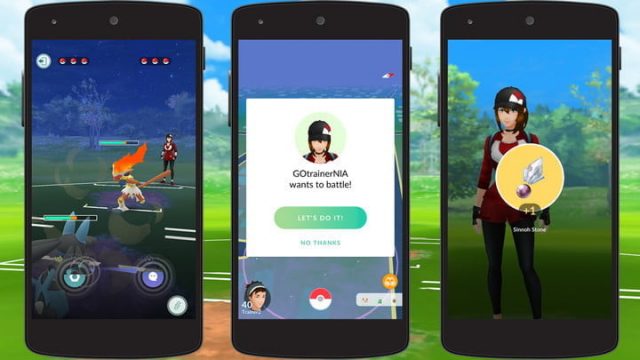 The feature that all Pokemon Go fans have been waiting for is now live! Niantic has released a new OTA (over the air) update that makes it possible for players to get into PVP (player-vs-player) activities. The first time that we heard about these PVP activities was one week ago when dataminers spotted the code in the game’s data. We didn’t know when Niantic is planning to launch the feature, but luckily, Niantic didn’t waste any time.

The great thing about Pokemon Go’s latest update is the fact that it makes PVP features available to everyone who owns an account that is at least level 20. The reason we are saying this is because Niantic is known for making all its latest features exclusive to players who are capped at max level. We have to give it to Niantic for deciding to make PVP available for everyone and for not keeping it as an exclusive feature.

The World’s Most Popular Mobile Game

Niantic is achieving something that all other game developers are dreaming about. Niantic has managed to keep Pokemon Go as the world’s most popular mobile game and the way that Niantic is doing this is through regular updates. The game receives updates on a regular basis and this gives veteran players a reason to come back and new players a reason to check out the game.

Now that Pokemon Go features PVP, we think it’s safe to say that the game’s popularity is going to skyrocket even further. Everyone dreamed about becoming a Pokemon trainer when they were little and Pokemon Go is giving everyone a chance to live out their childhood dream. Nonetheless, are you going to challenge all your friends to PVP matches?