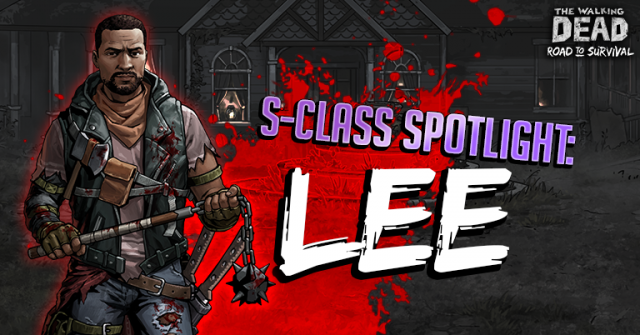 The Walking Dead is one of the best TV series on AMC and there is no doubt about that! The great thing about the TV series is that it inspired the Scopely game studio to publish an amazing mobile game called The Walking Dead: Road to Survival. The mobile game provides players with a high-quality RPG gameplay experience that is both action-packed and strategic.

If you love playing The Walking Dead: Road to Survival, then we have some great news to share with you. A major update is now available to download and it introduces a bundle of improvements and bug fixes. Without any further ado, let’s go ahead and check out everything there is to know about it.

Right from the start, we want to mention that The Walking Dead: Road to Survival’s developers have released the new update via OTA (over the air) channels. This means that all fans of the mobile game are eligible to access the update right away. The only requirement is to have access to a stable Wi-Fi network and free internal storage space. Now, let’s see what are the improvements that the update brings.

As previously noted, the latest update for The Walking Dead: Road to Survival is as major releases that comes with many improvements. The update is dubbed as “Total War” and this is thanks to the fact that it introduces two new maps. Yes, you read that right! The Walking Dead: Road to Survival fans will now be able to explore two new zones where they can find exciting missions and lot. Check out the patch notes below:

Now that we have checked out everything there is to know about the new update, let’s see what are the top features that the mobile game offers on Android and iOS.

Collect & Recruit Survivors
• Collect new Survivors from The Walking Dead universe, each with their own specialized battle strategy

Upgrade Your Survivors
• Level up and customize Survivors to enhance their fighting strategies, weapons and skills
• RPG progression makes your Survivors stronger as they cut down more walkers

Build your Community Base & Expand into the Wasteland
• Build houses to hold Survivors, a Town Hall to expand your city, a Workshop to craft items, and more

PvP – Raid Enemies
• Use your battle strategy to raid enemy factions for resources in the All Out War online mode
• Strategic Multiplayer battles in a wide-open world filled with potential enemies and vicious walkers.

Alliance Factions & Online Strategy
• Multiplayer alliances and battle strategies keep you safe. Join allies in a faction to create a battle strategy and pool resources in the harsh world of The Walking Dead
• Battle and build together with friends in multiplayer role-playing strategy gameplay

Battle in Iconic The Walking Dead Locations
• Fight alongside your faction for control of areas from The Walking Dead
• Battle to conquer and defend locations like Alexandria, Woodbury, Sanctuary, and more