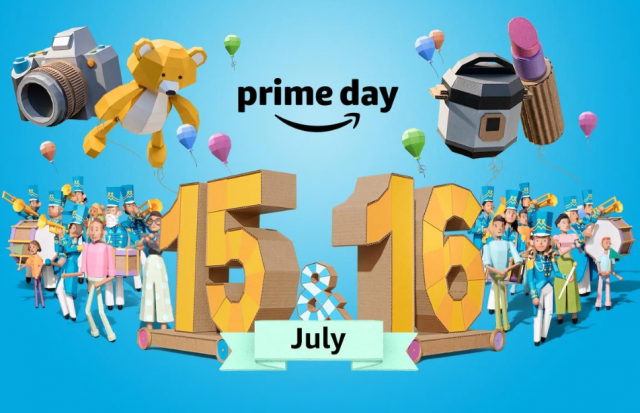 The popular streaming platform Twitch has changed drastically ever since Amazon acquired it. However, it changed into good and now it features offers such as Twitch Prime which benefits both the streamers and their fans. Twitch wants to make sure that Prime subscribers receive the best experience and it has recently announced that during the Prime Day (July 15th and July 16th), Amazon will feature lots of discounts on its merchandise that is available only to Amazon Prime and Twitch Prime members.

Just like Steam is now hosting its much-anticipated Summer Sale, Twitch Prime will launch Prime Day. The event consists of two days where Twitch Prime is going to bring some of the world’s biggest celebrities, gamers and lots of other Amazon Prime members for competitive tournaments in EA Sport’s latest Battle Royale called Apex Legends.

The Benefits of Amazon Prime

For the uninitiated, getting an Amazon Prime account costs $10 per month and it’s highly popular in the US where subscribers get access to lots of premium content, free shipping on certain products and many more other benefits. In addition, the Amazon Prime account also includes a Twitch Prime subscription which brings many gaming deals with it.

Twitch Prime is Being Improved

Now, Amazon has decided to improve the offerings of Twitch Prime and to add new benefits that gamers are going to love. “Our goal has always been to be the best deal in gaming. Being a subscriber should be an o brainer for a gamer,” said Ethan Evans who is the Vice President of Twitch Prime.

“If you played all the different offer is in Prime across all the latest games last year, you would have ended up with more than $3,000 of gaming content. And this year, we’re already at more than $2,000. We expect to eclipse last year’s total. And as you may have seen, we’ve done great games this year, League of Legends and Call of Duty Black Ops IV, “ added Ethan Evans.