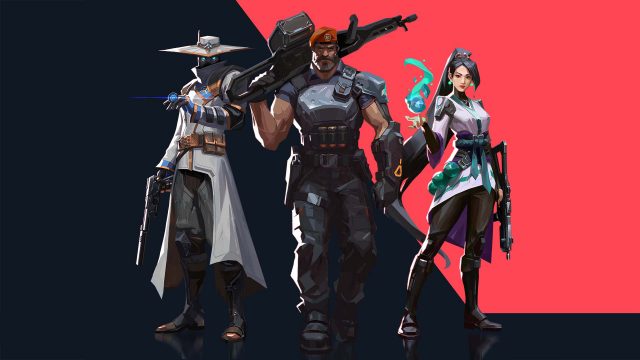 Valorant is the latest game from Riot and it launched yesterday. Even though this is the first day that Valorant has been available for download, the game is already super popular thanks to the creative marketing campaign that used the beta program to get people to watch Valorant Twitch Streams.

The game is now available for free on PC and it arrives with a major first-day patch. The patch introduces a plethora of buffs and nerfs that are changing the overall feel of the gameplay. Check out the improvements in the patch notes below.

We like how much Sage is able to heal in a single heal, but felt she was able to use it too frequently during a round.

Previous changes to Sage’s Barrier Orb helped give it more counterplay options in pistol/early round but it’s still having too much impact in any given round. Our hope is that the wall stays a powerful stalling tool, but asks you to think more about when in the round you want to use it.

The Blast Pack has proven to be quite strong, especially when chained back-to-back. By reducing the inner maximum damage radius, we hope to reduce the average damage output of this ability while still keeping it powerful.

We feel like Jett has a strong, irreplaceable value in terms of her ability to deny trades. But we think her team-oriented output is a little too low. This should give her and her team a little more time to work off of her smokes.

Tailwind force is powerful enough that Jett should easily be able to break free of any leash. This should allow her a little more freedom to make that aggressive, but risky play that creates space for her team.

We felt like the short wall duration, combined with the long cast time and short range, was forcing Phoenix to play a little too predictably around his wall. We’re bumping this up slightly to give him some more time to work with.

These Damage over Time/Healing over Time models are updated to match the recent changes to our other DoT abilities. Additionally, we’ve matched the damage/healing values to be half as effective as Hot Hands, primarily so that the total healing output of these two abilities is at parity (50 health each). We’re also doing this so that Blaze doesn’t become the de-facto “healing” ability compared to Hot Hands.

Updated the HoT model to match recent changes to the DoT abilities.

The flash duration is short given how quickly he can get his curveball out on an enemy caught out of position. Even still, it was a hair too short, especially to justify the new 200 credit price point.

This is closer to a quality of life improvement. Phoenix’s ult often puts him in a position to empty his clips right before getting sent back. It was very jarring for a Phoenix player to wait several seconds to respawn, only to then have to spend another second reloading—potentially under pressure. We think the several second respawn time is enough time to justify an automatic reload.

Changed the cast paradigm to reward more proactive use of Paranoia over its previous reactive use case. Enemies will receive a warning when the projectile is fired rather than being in the direct path of it. This should make it hit enemies more reliably.’

We wanted to provide Omen with a more precise way to place his smokes, especially when verticality is at play. We’ve provided a toggle back to the old view mode as well to make sure we still support the quick, close range smoke playstyle many Omen players have honed.

Yeah, this might be a difficult control shift for players who main Omen, but in the long run—and for new players—we think it’s more intuitive for the distance to be controlled by one hand on the mouse by default.

We want to help Omen understand where he is targeting his teleport, especially when he’s teleporting from out of his smoke.

We want Omen to attempt plays and create fear for his opponents with his ultimate. Previously, the punishment for using the ult was almost certain death if caught by an enemy, and it pushed the ability into more niche use. Allowing Omen to cancel his ult if he’s in danger at the cost of his ult points will hopefully open more possibilities and value, while still pushing him to try and pick the best teleport spots possible.

Why? We wanted to provide players with the ability to understand when their noise can be heard by enemies and give them an idea of how far the sounds can be heard.

We felt like Defenders were able to effectively plug up the main choke point in mid for a large percentage of the round. The new layout hopes to alleviate this issue. These changes open up the space quite a bit and provides an additional path to get around stalling abilities on the stairs. It also gives Attackers a few different angles to help siege B Tower and Vents.

+FPS for mid to high specs: Sped up calculations on the CPU for game and render threads. These improvements will be felt the most on machines with powerful GPUs bottlenecked by their CPU speeds.

+FPS for low to mid specs: Content improvements that will primarily help low to mid tier specs when rendering the world.

Context: This should eliminate some of the weird optimization around farming ultimate points when a death doesn’t have enough economic impact (e.g., self-killing at the end of the pistol round, or team kill at the start of a save round. We’ll continue to monitor to see if we need to further dissuade these “save round self-kills.”

We’re also looking into ways to improve the visual clarity of our hit impact effects (especially sparks). In many of the clips that we reviewed, readability issues caused shoulder shots to read like headshots, further contributing to the feeling of hit reg being off.