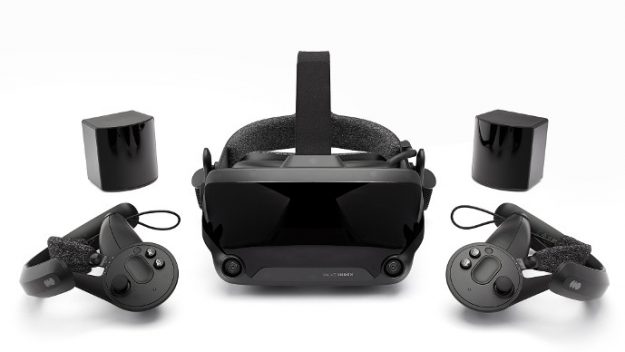 Valve revealed the gameplay trailer for Half-Life: Alyx last night and the video already has more than three million views. If this is the first time that you are reading about Half-Life: Alyx, then all you need to know is that this is a VR (virtual reality) game that continues the Half-Life story. Nonetheless, Valve is now using the reveal of the VR game as an opportunity to create some advertisement for its Index headset and controllers.

The Index headset and controllers are some of the most popular VR gaming accessories that you can purchase right now and Valve has announced that it has plans to launch them in other countries than the US and Europe starting with Japan and Canada. Index is priced at $999 in the US and we believe that its price will remain the same in Canada and Japan.

If you don’t feel like purchasing a new headset and controller just so that you can play Half-Life: Alyx, then you should be pleased to find out that the upcoming VR game can run with any other VR headset or controller.

We can be sure that Half-Life: Alyx will be heavily optimized to run the best on Valve’s own Index. Although, Valve has yet to make any announcements on this matter.

The Game Will Be Free for Index Users

Valve wants to make sure that VR fans have enough reasons to be interested in purchasing the $999 Index headset and controllers and it is offering the much-anticipated Half-Life: Alyx for free to people who purchase Index before the end of the year.

Not just that, but Index users will also get access to in-game cosmetic items and locations that can be explored via Steam VR Destinations.