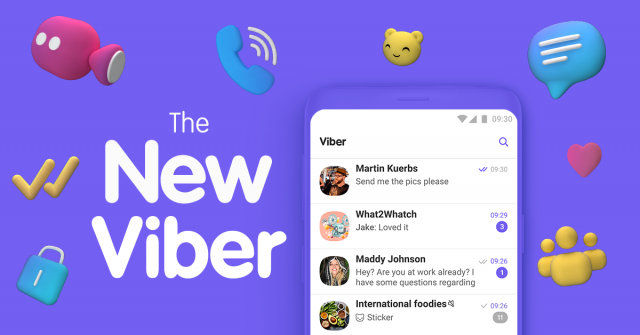 Viber is one of the world’s first apps to make it possible for users to communicate with their friends and family members with free video calls and texting features. Therefore, it shouldn’t come as a surprise to anyone that Viber is now being used by more than one billion people every single month.

While Viber might be renowned for the plethora of premium features that it offers, this isn’t necessarily the best thing about the app. What really makes Viber stand out when compared to apps that offer similar services is the constant stream of updates that Viber benefits from. In fact, Viber has just received a new update.

Viber users should be happy to find out that the developers of the app have started rolling out a new update. The update is schedule to arrive via OTA (over the air) channels to the smartphones of all Viber users who are connected to a stable Wi-Fi network. Furthermore, the update introduces lots of bug fixes that take care of various issues which caused the app to lag at times.

“Spring is always a good time for cleaning and refreshing! So that’s what we’ve done. We’ve cleared up some bugs and made improvements to keep chatting on Viber as sparkling as ever,” said the developers of the app in the patch notes.

The bug fixes and software tweaks are not the only improvements that Viber users can expect from the new update. The reason why we are saying this is because Viber’s latest update also comes with a really useful feature.

“New in this version: Swipe right on a message to reply to it,” added Viber’s developers in the patch notes. From the looks of it, the new feature is making it easier for Viber users to reply to texts.