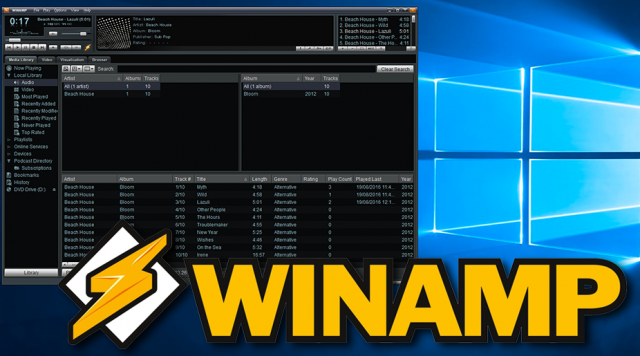 Winamp used to be everyone’s “go-to” music player before Spotify and Apple Music were around. In fact, Winamp used to be considered a must-have on every PC back in the 2000s and everyone used the MP3 player to create playlists.

Unfortunately, things haven’t been going for Winamp this past couple of years and the MP3 player is not used by too many people nowadays. However, things are about to change.

Winamp is Getting a Big Update

The last update that Winamp received was back in 2013 when it was still owned by AOL. Sadly, AOL stopped paying too much attention to Winamp and the MP3 player’s userbase started declining with the rise of Spotify and Apple Music.

On the bright side of things, Winamp has been purchased by a Belgian online radio company known as Radionomy who promised that Winamp will get a big update during the upcoming months. The update is said to refresh Winamp and to give the MP3 player a competitive edge against the likes of Spotify.

“You can listen to MP3s you may have at home, but also to the cloud, to podcasts, to streaming radio stations, to a playlist you perhaps have built. People want one single experience… I think Winamp is the perfect player to bring that to everybody. And we want people to have it on every device,” said Alexandre Saboundjian who is the CEO of Radionomy.

From what we can tell, Radionomy wants to revamp Winamp’s abilities so that it can become a universal audio player like it once used to be. Let’s hope that the major update comes out soon because it will be interesting to see how Spotify and Apple Music respond to this.