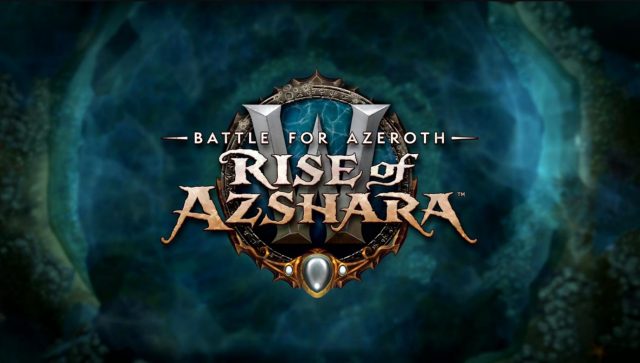 The state of WoW (World of Warcraft) has not been that good during this past couple of months. Players don’t like the new features/systems that Blizzard has implemented in the new Battle for Azeroth expansion because they aren’t rewarding and they feel like Blizzard is just artificially increasing the overall playtime of everyone. Not just that, but Blizzard has received lots of flack for not communicating with the player base and fortunately, it looks like Blizzard is ready to change that.

Rise of Azhara is Launching On June 25

Blizzard has confirmed earlier today that the highly anticipated Patch 8.2 called “Rise of Azhara” is going to launch on June 25th. This is great news for WoW fans because the patch is coming sooner than anticipated and also because it comes with lots of great features including a new raid, new dungeon and two brand-new zones called Nazjatar and Mechagon.

The new update is expected to bring a much-needed breath of fresh air to the gameplay of Wow it will do that by introducing a handful of cool features. In fact, let’s go over together over the major highlights of the new 8.2 patch so that all WoW fans can get a good idea of what’s coming their way next week.

In addition, Blizzard has a released a reveal trailer for the new patch and we have linked it below so that everyone can check it out.