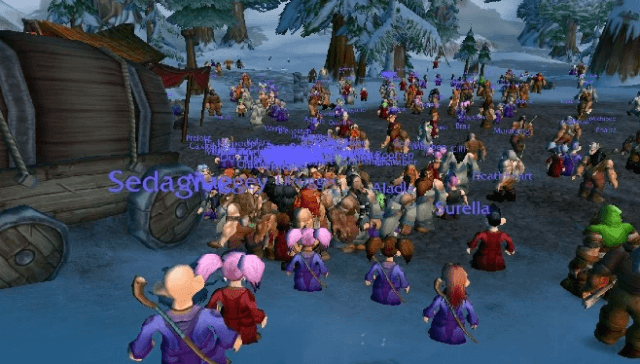 WoW Classic is out and Blizzard’s J. Allen Brack infamous “you think you do, but you don’t” line has proven to be wrong. The game was released yesterday and millions of WoW fans who wanted to relive the moments from their childhood when they used to sneak inside the living room late at night and play WoW without their parents noticing started logging in right when the servers launched. It didn’t take long for all servers to become full, even the role play ones!

WoW Classic is a Success

Blizzard never wanted to launch Legacy serves for various reasons, but the community fought hard and asked for them. Despite what J. Allen Brack and other high-level Blizzard executives said in the past, WoW Classic is a clear success!

The servers have been full all day long and keep in mind that we are talking about a Tuesday. Just imagine how long the queue lines are going to be during the weekend.

The reason why so many people wanted to play WoW Classic is because they missed the community. The community was what made the MMORPG awesome and it was destroyed once features such as server phasing and realm transfers were introduced.

We need to mention that flying mounts also ruined a fun part of the game, the world PVP which Battle for Azeroth is trying to bring back to life with the War Mode feature.

Players are currently lining up one after each other in WoW Classic in order to get loot from quest mobs. This is an amazing feeling and we have to give praise to Blizzard for listening to the community and giving everyone what they want.