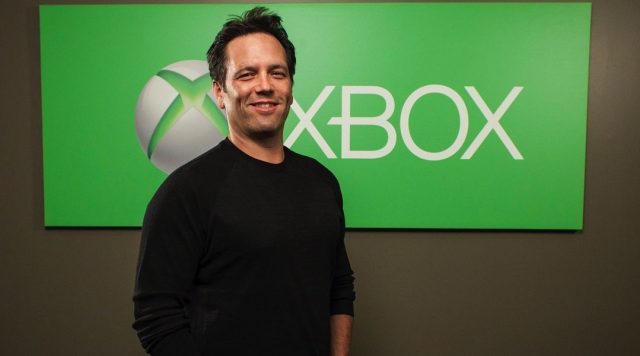 Phil Spencer is the head of Microsoft’s Xbox and he recently did an interview with the folks at Gamespot where he revealed some interesting details about the E3 event. Phil Spencer touched on many subjects and the one that stood out the most is the fact that CD Projekt RED has included Keanu Reeves in their upcoming game called Cyberpunk 2077. Not just that, but the Xbox Boss also revealed what are his thoughts on Sony’s absence from E3 2019.

Xbox Boss Speaks Out On Sony’s Absence From E3

“Normally what would happen is, on Sunday, we’d do our show and then Sony would go on Monday and then Nintendo on Monday or Tuesday. With Sony not in the middle, our show kind of sat on its own, which I think was kind of a positive a challenge in some ways because there was nothing for it to reflect against,” said Phil Spencer.

For those who are unfamiliar with this issue, Sony has decided to stop attending other gaming events other than its own. Sony said that it wants to reveal its exclusive AAA titles during special PlayStation events and that it doesn’t want to keep competing against Microsoft and Nintendo at the annual E3 event.

Phil Spencer and his team didn’t just do amazingly well without Sony, but they also revealed 14 first-party games that Xbox fans are going to be able to play during the upcoming months. The reveal trailers for the games were revealed one after each other and this left Xbox fans in awe.

“Of the 14 first-party games that we showed, I think 12 or 13 of them are shipping before the next E3. When you’re thinking about all this, we had a huge show. It was a higher social engagement than last year, higher ratings for us than last year. The fact that we got to open with our four first-party games in a row, something we’ve never done before, those were cool to see, even for our own teams, as a worthwhile milestone for us. We could actually open a show with four first-party games and they were all received very well and did very well. That’s, I think, what we aspire to,” added Phil Spencer.

As previously mentioned, CD Projekt RED shocked everyone when Keanu Reeves, the famous Hollywood movie actor, stepped on stage and presented the new trailer for Cyberpunk 2077. To make things even more amazing, Keanu Reeves said that he is not going to appear in the game for only a couple of scenes and that he will be featured in every mission.

“People obviously loved having Keanu Reeves come out on stage though,” Spencer said. “Which actually surprised me a little bit. The hit rate on celebrities on gaming stages at E3 is not incredibly high, including for us. Some of my apprehension was just my having lived through seeing celebrities on stage at E3 and seeing it become a little cringe-worthy. It was cool to see this one work.”

On the downside of things, it didn’t all go well for Phil Spencer and his team at E3. Xbox fans were disappointed to find out that they are not going to see any Gears 5 and Halo Infinite gameplay and they were not afraid to show their dislike.

“Gears and Halo, two of the bigger first-party games there, both felt more like trailers than somebody standing on a stage with a controller playing the game,” Spencer admitted. “From a clarity standpoint, the whole idea of console streaming in xCloud–I think streaming in general–is just an area that people aren’t really versed in thinking about [yet]. I think we’re going to have to do, frankly, two, three, or four more shows before people really understand what we’re doing with it.”