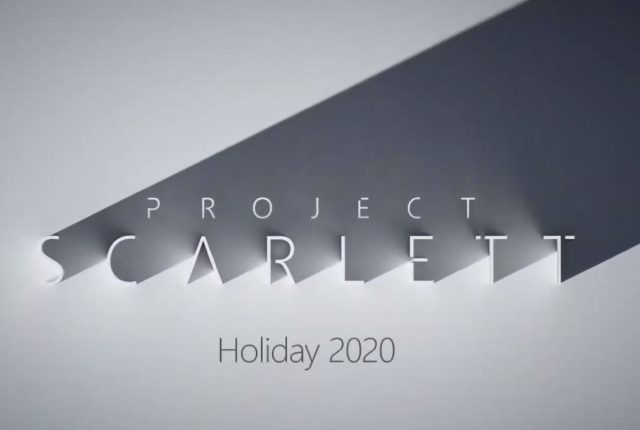 After years of rumors and speculations, Microsoft has finally decided to put an end to them and to officially reveal Xbox Project Scarlett. Microsoft started the E3 2019 press conference by launching numerous world-premier trailer for some of the world’s most highly anticipated games such as Cyberpunk 2077 and now, Microsoft has taken things to the next level and it revealed the next-generation console that is codenamed “Scarlett”.

Microsoft announced that the official release date for Xbox Project Scarlett is in the window of Holiday 2020. As if this wasn’t enough to get fans excited about the next-generation console, Microsoft also announced that Xbox Project Scarlett will be bundled with the latest entry in the Halo franchise (Halo Infinite). We should note that Halo Infinite was also shown off during Microsoft’s E3 2019 panel.

Even though there are lots of critical details about Xbox Project Scarlett that Microsoft didn’t want to reveal during its panel, it did talk about the incredible performances that the next-gen console is going to offer on launch day.

According to Microsoft, Xbox Project Scarlett is going to be four times as powerful as the Xbox One X which currently holds the title for being the world’s most powerful gaming console.

In addition, Xbox Project Scarlett is going to be equipped with SSD and hardware components that support 8K resolution and 120 FPS. This means that the loading times in games is going to be super fast and that console games will finally deliver high resolutions as powerful gaming PCs do.