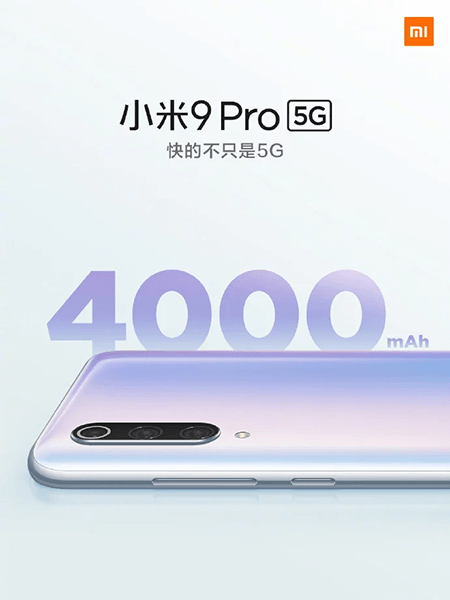 The last year has been a great one for Xiaomi and there is no doubt about that. The Chinese based tech giant has launched a bunch of powerful smartphones that have been successful in the international market and from the looks of it, Xiaomi is looking to replicate that success in 2019. The reason why we are saying that is because Xiaomi has confirmed that a new flagship smartphone named Xiaomi Mi 9 Pro 5G is going to launch on 24th September.

Xiaomi loves to take its fans by surprise with new and exciting devices and this is why it shouldn’t come as a surprise that Lei Jun who is the company’s CEO has announced earlier today that Xiaomi Mi 9 Pro 5G is going to launch tomorrow. To make things even more interesting, the CEO confirmed that the new flagship smartphone will be available only in the 5G variant.

Since Xiaomi Mi 9 Pro 5G will hold the title of being the company’s flagship smartphone for the upcoming year, no one should be shocked that the Chines based tech giant has equipped the smartphone with powerful hardware specs such as a battery that has a capacity of 4,000 mAh. This is quite impressive and it will help the smartphone last for days on end.

According to Xiaomi, Xiaomi Mi 9 Pro 5G will feature an outstanding battery performance with more than 7 hours of heavy use that includes gaming, video recording, video/audio streaming and also video calling. To top things off, the smartphone also supports fast charge and 30W wireless fast charging.

Xiaomi Mi 9 Pro 5G is going to be the perfect smartphone for mobile gaming because it offers 4D Shock or HD vibration. This is going to make mobile gaming more immersive, especially in titles such as PUBG: Mobile where players will feel the recoil of the guns that they are using.