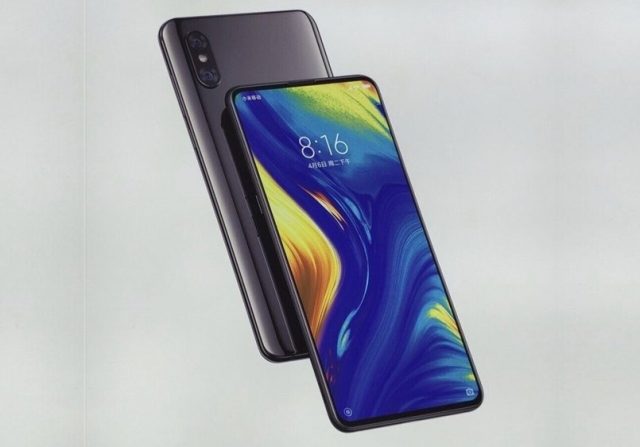 We previously reported that Xiaomi is planning to announce the brand-new Mi Mix 3 at the end of this month (October). Not just that, but we also revealed a leaked press render of Mi Mix 3 that showed off the spectacular full-screen design that the smartphone has to offer. Well, things get even better for Xiaomi fans today because the smartphone has just been spotted on the benchmarking website GeekBench.

The fact that Mi Mix 3 has made a surprise appearance on GeekBench brings proof to the fact that the company is getting ready to announced it during the upcoming days.

Although, what reason would Xiaomi have to test out the hardware performance of Mi Mix 3 and make them public other than to get Xiaomi fans excited about the new smartphone? Nonetheless, let’s check out Mi Mix 3’s results.

Rumor has it that Mi Mix 3 will be powered by an octa-core Qualcomm Snapdragon 845 processor that clocks at 2.8GHz and the results that Mi Mix 3 scored on GeekBench are confirming this rumor. The smartphone scored a whopping 8,630 points in the multi-core test and 2,385 in the single core test. 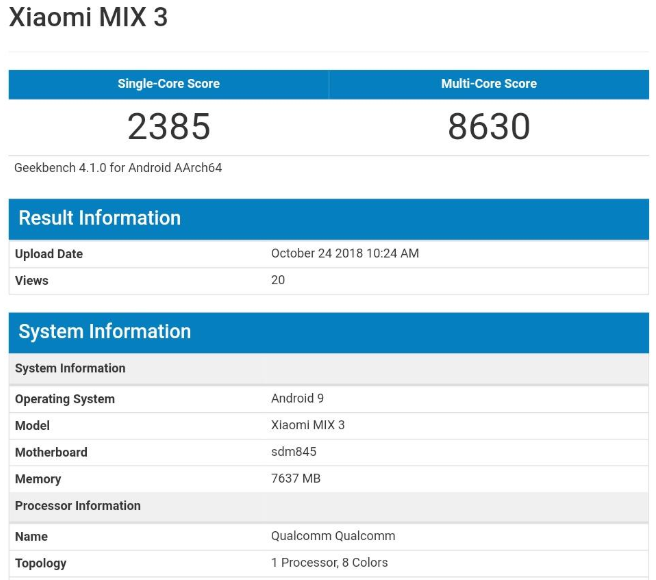 These results reveal that Mi Mix 3 is a powerful smartphone that can handle heavy-duty tasks such as mobile gaming and multitasking without any issue. Therefore, people who decide to purchase the upcoming Mi Mix 3 will be able to play popular games like Fortnite for example.

As if the octa-core Snapdragon 845 processor wasn’t powerful enough, Xiaomi has made sure to pair it with 8GB of RAM. This is a large amount of RAM and it takes the hardware performances of Mi Mix 3 to the next level. Let’s hope other smartphone companies start upgrading the RAM memory that their flagship devices offer as well.