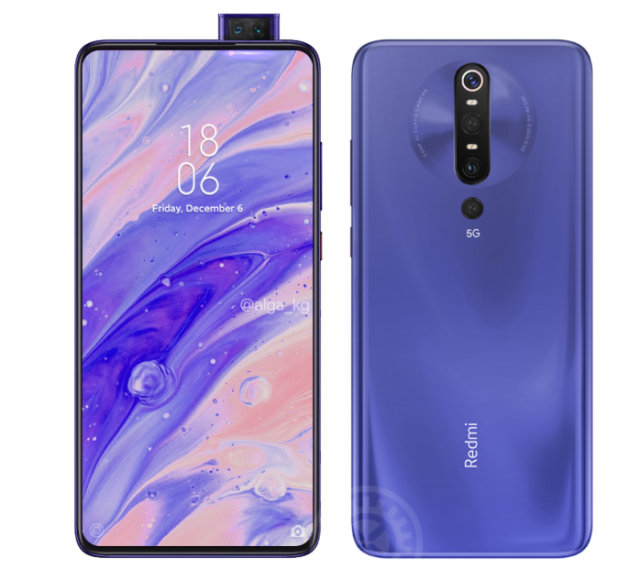 Xiaomi is one of the most successful smartphone manufacturers from China and there is a good reason for that. Xiaomi is always launching new smartphones that are equipped with powerful specs and the perfect example of that is none other than the recently announced Xiaomi Redmi K30 5G.

Even though it’s been one month since Xiaomi announced that it is working on Redmi K30 5G, the tech giant has yet to announce an official launch date. Fortunately, we don’t have to wait for one more second in order to see what Redmi K30 5G looks like because the smartphone’s official press render has been leaked.

As we can see in the leaked press render (featured above), the upcoming smartphone will ship with a true full-screen display. The bezels are ultra-slim and Redmi K30 5G is equipped with a pop-up selfie camera.

Not just that, but the press renders show us that the 5G-enabled smartphone is going to ship with a triple-camera setup that is mounted on the rear side.

The beautiful display of Redmi K30 5G measures in at 6.67-inches and it provides a screen-to-body ratio of 84.8%. This is quite impressive and to make things even better, Redmi K30 5G uses IPS LCD technology to offer a pixel resolution of 1080 x 2400 and a pixel density of 395 ppi.

Leaving the impressive display of Redmi K30 5G aside, we want to mention that the smartphone is fueled by Qualcomm’s octa-core Snapdragon 765G processor. This is a powerful processor that clocks at a top speed of 2.4GHz and it ships alongside an Adreno 620 graphics processing unit and 6GB/8GB of RAM, depending on the model that you choose to purchase.

In addition, the highlight feature that Xiaomi’s upcoming smartphone has to offer is support for 5G connectivity.