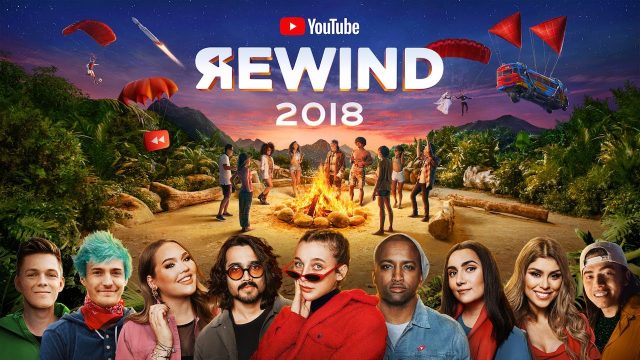 The internet went crazy when 2018’s YouTube Rewind video was released and not in a good way. The Rewind video is one of the most important videos that gets uploaded on YouTube and it is supposed to commemorate content creators that had a good year and also show all the highlights of the year that took place on the platform. Unfortunately, this is not what the 2018 Rewind video was like and many people are upset about it.

YouTube has received lots of flack for 2018 Rewind video, especially since the video made it clear that YouTube is trying to promote an advertiser “friendly” image of the platform and not what it really is.

We are not saying that YouTube is not for advertisers, just that the people who were in charge of the video have left out many important personalities from the platform because of controversies, including the famous PewDiePiew.

One of the biggest problems that YouTube has right now is that they are not communicative with their content creators. People are not happy on YouTube anymore, but they don’t have any other platform to switch to.

On the bright side of things, Susan Wojcicki who is the CEO of YouTube has decided to share her opinion towards the 2018 YouTube Rewind video. This is the CEO’s way of showing that she is doing her best to communicate with the content creators.

The YouTube CEO said that one of the records that she and her team didn’t want to break in 2018 was “the most disliked video on the internet. Even at home, my kids told me our 2018 Rewind was ‘cringey’. We hear you that it didn’t accurately show the year’s key moments, nor did it reflect the YouTube you know. We’ll do better to tell our story in 2019,” said Susan Wojcicki in a recent blog post.