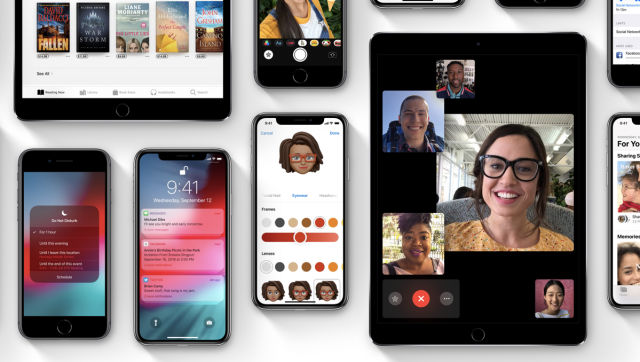 Apple is announcing the new iPad Pro 2018 today and this has made Apple fans excited. However, the refreshed iPad Pro is not the only news that Apple fans should be happy about. The Cupertino based tech giant is also releasing iOS 12.1 tomorrow and this is the biggest operating system update from Apple in the latest months and it will introduce a bunch of cool features that we are going to cover today.

The coolest feature that Apple is introducing alongside iOS 12.1 is Group FaceTime. Reports are showing that FaceTime is one of the primary reasons why Apple fans enjoy using iPhones and from the looks of it, Apple wants to make that feature even better so that Apple fans never have a reason to switch to an Android-powered device.

FaceTime is limited to only two users, but not anymore. iPhone owners who download the latest iOS 12.1 update will be able to get in a call with multiple people. The cool thing about Group FaceTime is that every user’s camera frame will be smaller in the background and it will go in focus when the person is talking.

If there’s something that all Apple fans have been asking for a while now, then that feature has to be dual SIM support. Not being able to use multiple SIM cards is one of the most annoying things about owning an iPhone, but this is changing now that iOS 12.1 is rolling out.

We need to mention that iPhone XS, XR and XS Max which are Apple’s next-gen smartphones are going to be the only ones to feature dual SIM support. It’s great to see that Apple has finally decided to introduce dual SIM support to iPhones because this shows us that Apple is listening to what the fans have to say.