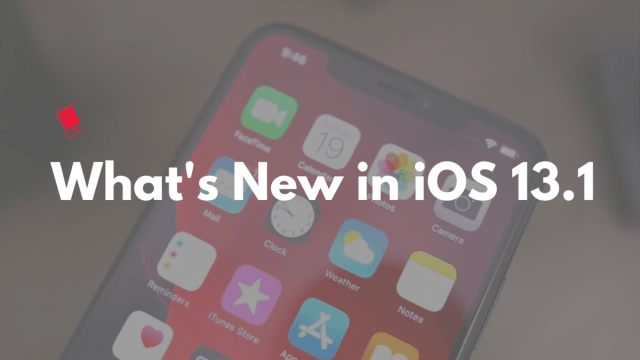 It’s been less than one week since Apple rolled out the much anticipated iOS 13 operating system update and the Cupertino based tech giant is already rolling out a new update. We are talking about iOS 13.1 which was scheduled to roll out next week but from the looks of it, Apple has decided to push the timetable due to iPhone fans complaining about bugs that made their apps crash and screens freeze.

As previously mentioned, a couple of unexpected iOS 13 bugs started making apps crash and the screens of iPhones to freeze. This was proving to be quite problematic and fortunately, Apple didn’t waste any time and it already started rolling out iOS 13.1.

We want to mention that the new update doesn’t come only with a handful of bug fixes, but it also introduces a bunch of new features. Nonetheless, let’s go ahead and check the full patch notes for the new update so that all iPhone fans know what’s coming their way.

This update also includes bug fixes and other improvements. This update: