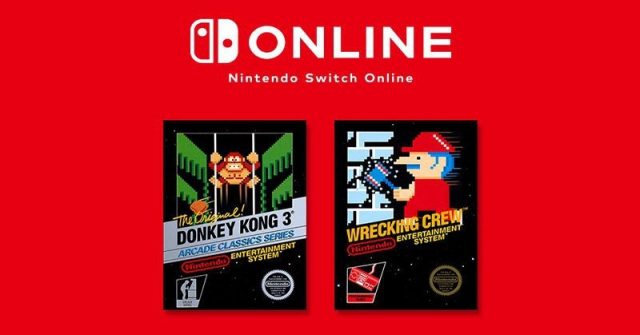 One of the best things about Nintendo Switch is the fact that players get access to old but legendary NES games. Nintendo is adding support for new NES titles every other month and Nintendo Switch users who are subscribed to the Nintendo Switch Online service will receive access to them. Nonetheless, the reason why we talking about old NES games today is because Nintendo has announced that Donkey Kong 3 and The Wrecking Crew will be available starting July 17th.

Donkey Kong 3 and The Wrecking Crew

If you love classic NES games, then you should be happy to find out that Donkey Kong 3 and The Wrecking Crew are coming to Nintendo Switch. The new games will be added to the 40+ games library that Switch Online subscribers can download for free. The two “new” games are amazing and they will give Nintendo Switch fans the chance to live out their childhood once again.

We should note that getting a Switch Online subscriber also offers access to online play and cloud saves. To make the deal sound even better, the subscription service also includes the highly popular Battle Royale game called Tetris 99. With so many benefits included in the subscription service, it should come as no surprise that there are more than 10 million current paying subscribers.

Nintendo announced in a new blog post that is going to launch a new feature called “Rewind”. Nintendo Switch fans will be able to hold the ZL + ZR buttons and they will get access to the option to rewind gameplay for all games available in the NES library on Switch. To give everyone an idea of how this feature works, just think of the rewind feature that Microsoft introduced in the Forza Horizon series.