The latest patch for Fortnite incorporates a substantial amount of material taken directly from the Dragon Ball anime series, which is a very popular series. Especially noteworthy is the fact that well-known heroes such as Goku and Bulma are now free to roam the battlefield alongside villains such as Darth Vader and Batman. Exciting times.

The most recent update for Epic Game’s enormously popular free-to-play battle royale shooter Fortnite was published yesterday. This came after numerous teases and a lot of rumors had been circulating about the upgrade. Now, as part of its newest crossover with a popular brand, the video game Fortnite has been taken over by characters, settings, and powers from the anime series Dragon Ball Z and the anime series Dragon Ball Super.

Dragon Ball has arrived on the Island!

Complete quests in Dragon Ball Adventure Island, use the Kamehameha ability, quickly move around the Island with the Nimbus Cloud (Kintoun) mobility item, and much more.

During the next two weeks, players will have the opportunity to purchase DBZ-themed characters and other accessories. In addition, they will be able to work toward the completion of a series of in-game quests that involve aa variety of activities that are similar to those seen in Dragon Ball Z or traveling to locations or landmarks that appear in the show. Because completing these missions and challenges will earn you gifts related to Dragon Ball Z, a lot of players are working hard to accomplish this goal.

The result of this is that areas of the map connected to DBZ quests become chaotic battlefields in which players go in the hopes of completing some specific objectives.

One of the products that may be purchased from these vending machines grants the user the ability to release kamehameha blasts. It’s true that this is the same incredibly potent and lethal energy blast that Goku employs to annihilate his adversaries in the anime. 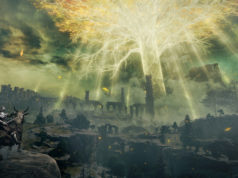