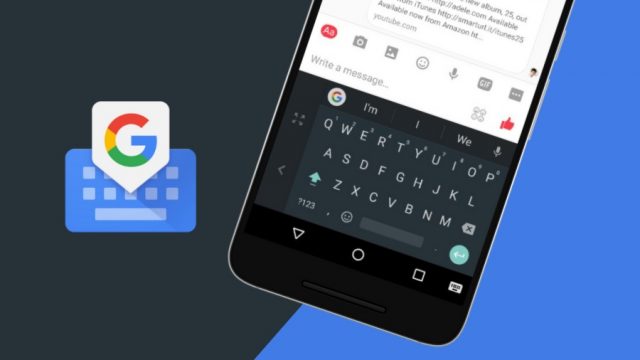 Gboard is the perfect app for people who love texting or working from their smartphones. The app gives users access to tens of innovative and useful features such as glide typing, voice typing, emojis and many others. Since Google is the company directly in charge of Gboard, then it shouldn’t come as a surprise to anyone that Gboard is updated on a weekly basis with improvements.

Google’s motto seems to be “another day, another update”. Gboard fans should be pleased to know that a major update that is changing the app’s version number to 9.2.8.303055874 beta is coming their way. Now, let’s see what are the improvements that the update introduces.

The first thing that we want to highlight about Gboard’s latest update is the fact that it has been released via OTA (over the air) channels. What this means is that Google is rolling out the update to all Gboard fans who are keeping their smartphones connected to a stable Wi-Fi network.

In addition, all Gboard fans who want to join the beta are welcomed as long as they are using an Android-powered smartphone.

Alternatively, the new 9.2.8.303055874 update can be manually downloaded and installed. This is possible by downloading the update in the form of APK (Android Package Kit). However, we want to note that APK releases are compatible only with Android-powered smartphones.

The new update for Gboard comes with lots of improvements that are taking the app’s performances to the next level. With that said, let’s go ahead and take a look at the full patch notes.